Following yesterday’s story about boxing’s booze culture in Britain, news has surfaced that some of the UK’s biggest drinkers can be found playing bowls. 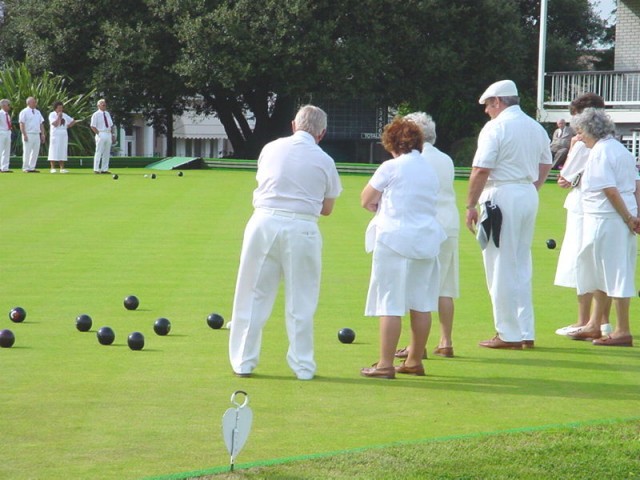 Despite the sport’s genteel reputation, both players and fans of the game drink heavily before and during matches, according to so-called bad boy bowler Scott Noble.

Noble, who stripped in front of spectators and has been charged with assaulting a pensioner at Edinburgh’s Pilrig bowling club, told Scotland’s Daily Record that a heavy drinking culture was ruining the sport.

Speaking about his behaviour, the 24-year-old player said, “I have let myself down, big time. I did have four or five pints before the game but, to be honest, that’s not a lot for me.

“Most of the players enjoy a few pints before the match and the spectators can be even worse,” he added.

Continuing, he reported, “Some of the old guys just hide round the side and get drunker as the afternoon goes on.

Noble blamed his actions on taunting from drunken fans while he played a cup final match for the Pilrig Bowling Club in Edinburgh on Saturday.

Following rude remarks from spectators about his diabetic brother, Noble said that he “saw red” and then pulled off his team top, dropped his trousers, and shouted, “If you all want to **** me over, you may as well do it while I’m looking pretty”.

Noble then claimed he was attacked by a bowling official who headbutted him on the nose.

He denied assaulting anyone, but has been kicked off the Pilrig bowling team, and banned from the club.

Yesterday the drinks business ran a story which showed that boxing fans were the UK’s biggest drinkers, consuming on average five or more pints each time they went to the pub – the same amount Noble said he drank before beginning his cup final game.

Finally, for those who want to see Noble’s trouser-dropping moment, click here.