Beaujolais yields as low as 2003

Around 50,000 pickers have descended on Beaujolais for the harvest, with yields down to 2003 levels, although quality is expected to be high. 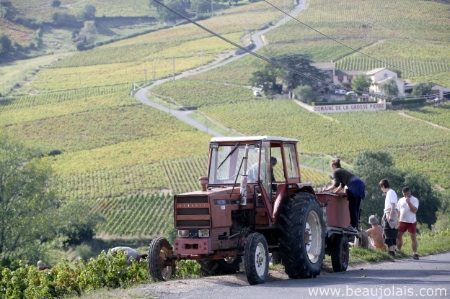 Inter Beaujolais issued a statement saying: “although the 2012 harvest is expected to be low, the berries have been small and concentrated so the grape quality should be high”.

As with most French regions this year, the weather has been inconsistent.

A cold January and February gave way to a warmer than normal March which prompted an early budbreak.

April saw a return to cold and rainy weather which delayed flowering until around 5 June.

Véraison took place a month later on 5 August and proceeded rapidly thanks to a return in the warm weather that swept through France throughout that month.

The warm weather persisted into early September and has kept the vines and crop in a good condition.

Beaujolais’ proximity to the Rhône, which is expecting a good year as well, has spared it the worst of the weather and disease which have struck its more northerly cousin Burgundy.