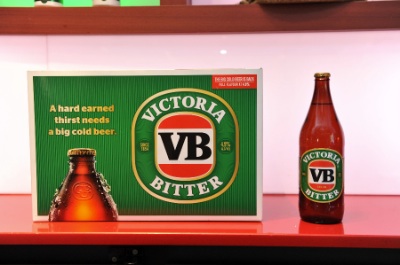 However sales of the once market-leading beer have since slumped, with market share falling from 21% to 14% in the last four years. VB was Australia’s top-selling beer for 19 years, recently losing the top spot to rival brand, Lion Nathan-owned XXXX Gold.

The change back to the original recipe was provoked by a campaign from VB drinkers. As part of the same move, CUB is also returning to the brand’s original packaging, which features the slogan “a hard earned thirst”.

Senior brand manager for Victoria Bitter Craig McLean told the drinks business: “This move really has been prompted by our drinkers. We changed the recipe of their favourite brew, we heard their complaints, we listened, and now we’re returning VB to its original strength and original flavour.”

The original recipe and branding will be rolled out in pubs and bottle shops from mid-October 2012.

Although the move may anger health lobbies, CUB has described the increase as “minimal”, pointing to the fact that each 375ml serve will still be 1.4 standard drinks. CUB has stated that the beer’s wholesale price will remain unchanged.

CUB also owns the Carlton Beer brand which is responsible a particularly amusing piece of marketing – you can watch the ad here.