Are you ready to drink an RTD?

Why do we consume this crap aside from the convenience? Surely there’s a better way? 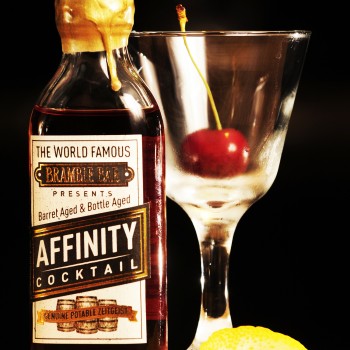 I was recently perusing the twittersphere and came across a very interesting tweet. This was regarding RTDs (Ready-to-Drink); a premixed can or bottle of cocktails or a spirit and a mixer. Such mixers available include gin & tonic and rum & coke. These are very popular as it saves you from spending £25 out on a whole bottle of your favourite spirit. But this was just the first stepping stone in the evolution of RTDs. Soon premixed cocktails would take over our shelves and a whole new era of poor quality of drinking would be upon us.

So Ivan the spirits man posted a photo of a Marks & Spencer’s RTD can of vodka and orange (a Screwdriver), saying how it was much better than their pre-made Mojito, but still awful. I understood what he meant straight away, as a friend’s sister got me semi-drunk on them (long story) not so long ago and knew how horrible they were. All I could think was it had a nasty whiff and a buttery white rum taste with a dash of ethanol.

After a bit of back and forwards tweeting, I suggested going to Gerry’s of Soho for some miniatures plus some ice in a cup from Starbucks and mixing it quickly. He liked the idea but stated that it just wasn’t an option this time. I also suggested having a hip-flask and completely avoid this RTD malarkey! Still, more trouble than a quick can from the local shop.

This whole debacle got me thinking, why do we consume this crap aside from the convenience? Surely there’s a better way?

Well I discovered by sheer accident that there is one brand that solved this! I had a tweet-based debate not too long ago over the correct amount of time it should take to make an Old Fashioned; I said 9 minutes, some said 10. But then Master of Malt suggested their pre-mixed version. I was instantly taken with the idea.

So I contacted MoM and they very delightfully sent me a selection of RTD samples, under the lovely brand name “The Handmade Cocktail Company”. I received an Old Fashioned, World’s Best Cocktail (Rye Rich Bourbon, VSOP Cognac, Peychaud Bitters and a few dashes of Absinthe), as well as antique versions of the Manhattan and Negroni, which have been concocted from 40-year-old spirits from the 70/80s.

As we speak, I’m waiting to receive a pre-made Hanky Panky, a world famous cocktail from The American Bar at The Savoy London. As this is one of my favourite drinks, it peaked my interest the most. The original early 1900s recipe calls for Fernet Branca, sweet vermouth and dry gin. Currently at the Savoy it is pre-brewed in a barrel but using five gins, four vermouths and three bitter liqueurs. It’s a very different recipe, but it’s a similar taste. The MoM recipe is based on the original. I really can’t wait to try this one; I think it’ll be pretty amazing. 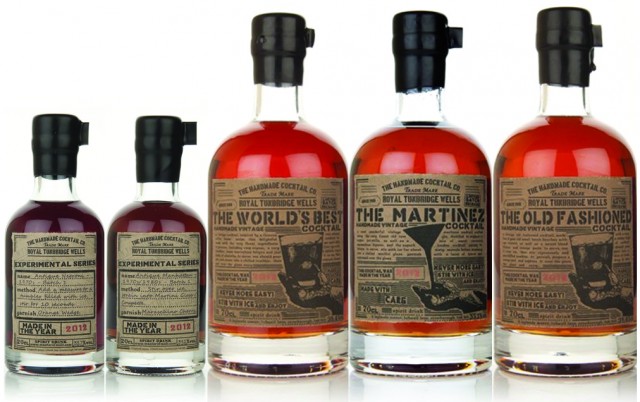 I thoroughly enjoyed these RTDs; finally it has been done right. In fact these were so enjoyable that when I’d put my feet up with my World’s Best Cocktail, I felt like I was actually sipping in a bar due to the sheer complexity and character of the drinks in hand.

Now while a stunning range, Master of Malt’s Vintage cocktails are still a very niche market, which is a shame. I think with a little time their popularity will rise; At least I hope so.

Another brand of RTD cocktails is Tails Cocktails. These are probably the most convenient premixes on the market that also weren’t too ethanol-tasting, which come in four varieties: Mai Tai, Cosmopolitan, Espresso Martini and Elderflower Collins. The convenience I speak of is that they come in a basic plastic three-piece shaker, which has an inbuilt strainer. Simple, all you do is open her up, peel the foil lid off, add ice and shake. I was lucky enough to win one of the Mai Tais last year, which I quite enjoyed but was however disappointed in two areas. First this Mai Tai was made apparently using white, or just bad golden rum, which gave it a slightly unpleasant ethanol aftertaste. Also I had to add another couple of fingers of rum (golden) as it wasn’t quite strong enough for me. But overall, my hat’s off to Tails as they’ve done a good job and if I come across any of the range in future I’ll be taking a drink, with a little extra on top.

Recently though another RTD came to my attention, but a little bit different to what is currently available. It’s called the “Affinity” and can only be found at Bramble Bar and The Last Word Saloon in Edinburgh, thanks to the skill of owner Jason Scott. While I haven’t tasted it (due to its rarity), I can tell by just looking at its ingredients – Glenmorangie 10-year-old single malt, Byrrh and Noilly Prat Extra Dry – its description as the lesser known cousin Manhattan is very apt having tasted all of the above. It’s aged in both cask and bottle, from anywhere between three and nine months depending on the style of the wood, toasting level and number of previous fill. If one bar can not only think of this and actually go ahead with it, I want to know why more bars don’t do this!

I think that RTDs are popular in the wrong way at the moment; they just seem to be another way to get pissed quicker. And it’s this that has seen them come under the same scrutiny as cheap offers and multi-buy in supermarkets, with no regard to those who just want a proper drink at home.

But we should firmly raise our glasses to Master of Malt and the uncompromising quality of their premixed cocktails. I hope eventually brands will follow in their footsteps and actually consider the quality of their making.

Thanks to Ben, Cat and Abby at Master of Malt, Tom Walker from the American Bar at The Savoy, Ivan at Harvey Nichols and Jason Scott from Bramble Bar and Last Word Saloon, Edinburgh for all your help!