As a person who gets genuinely excited by drinking wines that have been made with imagination, I am always on the look out for the next undiscovered wine region to pop up and surprise me. 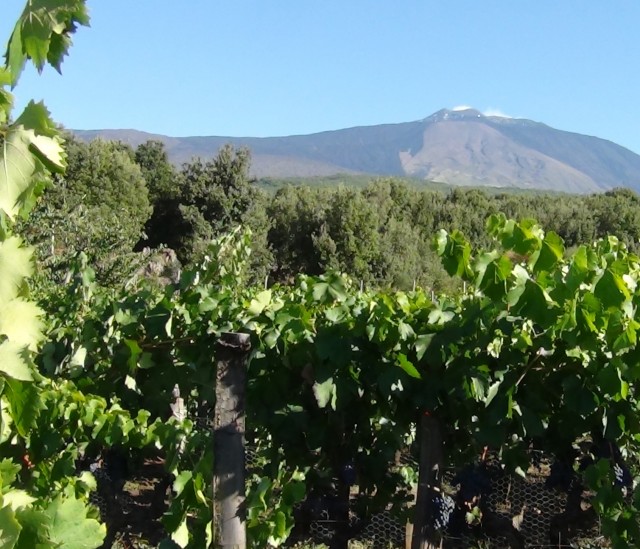 Sadly, this seems to happen less and less nowadays, but over the past year I had begun to hear whisperings about a new contender in the making. The words on everyone’s lips were “Mount Etna” – home to not only Europe’s most active volcano but also the beginnings of a winemaking revolution.

The more I heard about Etna, the more it took on an almost mythical quality. Were producers really growing grapes high up on the slopes of the volcano? It sounded like a great story. So, after reassuring myself that an eruption was unlikely, I packed my corkscrew and set off on another wine adventure.

The first thing that struck me as I got off the plane at Catania airport was the sheer beauty of the volcano. But as I travelled around the region, it felt as if it had an enigmatic, omnipresent aura about it. On the one hand, the lunar landscape constantly reminded me of its destructive power; but, in turn, Etna’s countless eruptions have created a well-drained, mineral rich environment that has allowed grape growing to thrive.

Making my way from one winery to another, it was not long before I was impressed by the quality of the wines that I tasted. I still believe that the wines have some way to go before they can compete at the pinnacle of the world wine stage, but the potential is there. You see, what is impressive about Etna is that until only a few years ago, the vast majority of the region’s wineries were producing bulk wine for mass export.

During that time, there were a few pioneers, such as Giuseppe Benanti, focusing on quality, but by and large volume was the primary objective. Today, however, a new wave of passionate and skillful winemakers have joined these frontrunners. Producers, such as the likes of Fattoria Romeo del Castello and Vivera, have woken up to the realisation that Etna has the potential to produce world-class wine. The focus is now on quality not volume. 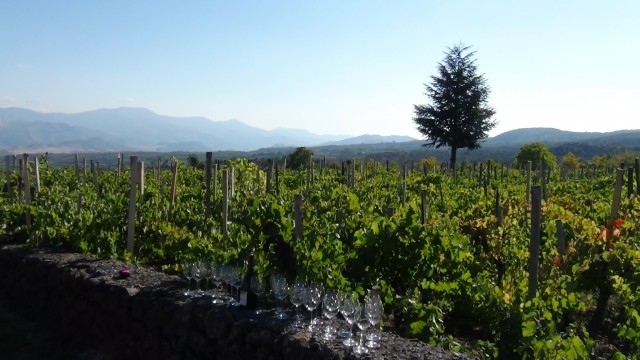 What makes this transformation all the more interesting is that these producers are using grape varieties that are native to the Etna region. Rather than pandering to mass-market consumer tastes, wines are being made predominantly from the white grape, Carricante, and red varieties, Nerello Mascalese and Nerello Cappuccio. Growing high up on the slopes of Etna (up to 1300m in places), the volcanic soils provide an ideal environment for vine growing.

Yet, despite the relatively small range of grape varieties being used, I was surprised by the variation between the wines. Some were linear, taut and mineral driven; others were more opulent, aromatic and fruity; some used oak, while others did not. I struggled throughout the trip to find a defining character or style.

Perhaps, this is to be expected from a region that is still finding its feet? But, in any event, it was a welcome reminder of just how expressive and interesting wine can be. I feel sometimes that our heavy emphasis on rating and scoring wines forces us to put them in boxes – to analyse them rather than enjoy. I may be a soppy romantic at heart, but for me a great wine has the ability to be just as expressive of a region or place as a piece of poetry or art.

And in the case of Etna, some of its vines have been growing on the slopes of the volcano for over 100 years. They form part of the region’s cultural and historical fabric and have their own stories to tell. I, for one, am convinced that we will be hearing more about them in the months and years to come.

See a video of Alex in action:

DownOnWine #1 – Mount Etna from Alex Down.