Researchers from Yale University have discovered that wasps and hornets carry the yeast responsible for the fermentation of wine, beer and bread. 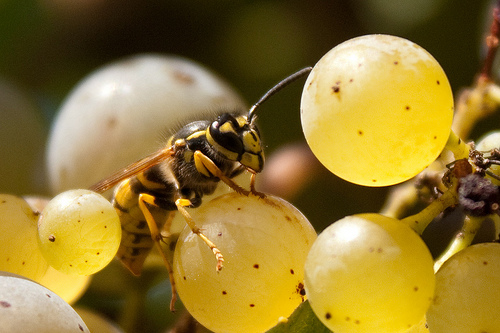 The study, recently published in the Proceedings of the National Academy of Sciences journal, found that the yeast can live in the gut of the wasp while it hibernates during winter.

When wasps bite into grapes on the vine, they leave traces of the yeast Saccharomyces cerevisiae, behind on the grapes, which helps start the fermentation process.

The researchers used DNA sequencing to analyse the genes of the yeast, tracing them back to the wasps’ gut.

Other insects and birds also carry the yeast, but wasps play a special role as they harbour the yeast during winter and can pass it on to their offspring.

The study found that wasps also introduce other microorganisms to the grapes, which add flavours to the wine.

According to Duccio Cavalieri, professor of microbiology at the University of Florence and one of the authors of the study, wine would not taste the same without the yeast left behind.

“Wasps are a wine lover’s best friend,” said Cavalieri, who comes from a winemaking family in Chianti.

“The study shows it is crucial to look at conservation and the study of biodiversity – everything is linked,” he added.

Ancient Romans seem to have known about the role insects play in the winemaking process.

They would often plant gardens next to their vineyards to lure wasps and other grape-loving insects to the vines.