Chile’s main obstacle to being taken seriously as a fine wine producer is not quality but rather its limited track record, believes Justerini & Brooks’ buying director Giles Burke-Gaffney. 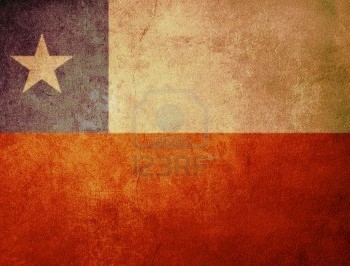 “Track record and history is very important to serious wine drinkers and collectors, and these are things that can take an incredibly long time to build up,” remarked Burke-Gaffney, who was promoted last month to head up the fine wine merchants’ buying department. “This is Chile’s main battle when it comes to persuading clients to spend more money on its wines.”

In a bid to address this issue, several of Chile’s older producers have begun to host vertical tastings to show off the ageing potential of their top wines. Last year saw Santa Rita host a UK tasting of its top wine, Casa Real, which took the trade right back to its first vintage in 1989.

Errazuriz has also adapted the benchmark tasting series it has embraced following the success of its famous 2004 “Berlin tasting”. In 2011 the producer introduced a similarly successful vertical tasting of the Seña brand back to its first vintage in 1995, which saw these wines pitched against equivalent vintages of Bordeaux first growths and Super Tuscans.

Explaining the reason for this vertical exercise, which has since been repeated in other markets after its Hong Kong debut, Errazuriz CEO Felipe de la Jara acknowledged: “the ageing potential of Chilean wines has always been a big issue in front of the traditional wine regions.”

However, Errazuriz’s chief winemaker Francisco Baettig suggested that this problem is steadily being addressed. “Producers didn’t used to keep old vintages of their wines in the past as the European producers systematically do since ages ago,” he remarked, “but the modern Chilean wine-industry has begun to do so, because wineries know their wines have great ageing potential.”

Carolina Wine Brands is another company that has now built up a sufficient collection of back vintages for its icon wine, Santa Carolina VSC, which was first produced in 2002, to introduce the vertical tasting format.

Having already held two of these events for the Brazilian trade, CWB marketing manager Barbara Lewin raised the possibility of replicating this approach in the UK soon “if the market permits.” In any case, she confirmed, “these are the kind of activities Carolina wants to do to promote Chilean wines.”

While many of Chile’s producers find that the UK remains a challenging customer for their most expensive wines, there is recognition that this market can still play a pivotal role in bringing these products to the attention of less price sensitive nations, especially those in the Far East.

As Lewin pointed out, “Asian markets don’t have many well known critics so they continue to look to the West. Events in the UK can help in other markets.”

A more detailed look at recent developments within the Chilean wine industry and the country’s UK performance will appear in a special focus within September’s issue of the drinks business.