Each month the drinks business compiles the best product launches from the drinks industry. 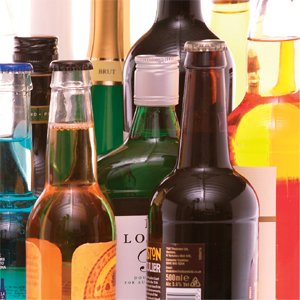 This month we came across two new wines from Caviro, a bloody vodka and a 0% wine style drink with a wine taste.

If you have any drinks products that you think we should be covering, please forward on the details to info@thedrinksbusiness.com 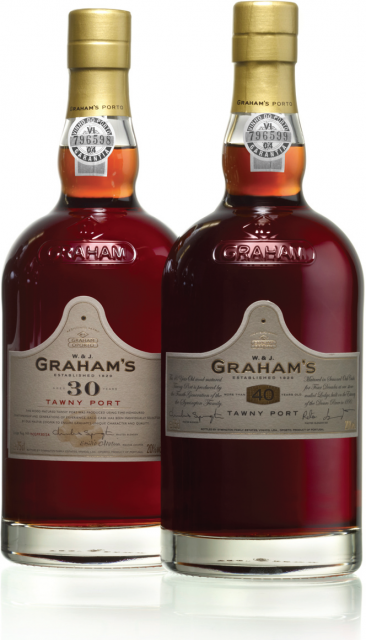 Graham’s, part of Symington Family Estates, has relaunched its range of tawny Ports. The traditional style of Graham’s tawny has been maintained, using the wines set aside decades ago in the Graham’s 1890 lodge. However, Charles Symington, fourth-generation winemaker and blender, has worked to further develop the wines’ character. These blending refinements have resulted from the use of tawny Ports ageing in the 1890 lodge, and the use of a large number of seasoned oak casks, many over 100 years old, in which all Graham’s tawny Ports are aged.

The 10-Year-Old Tawny is £19.50 RRP, the 20-Year-Old £37, 30-Year-Old £67 and the 40-Year-Old £97. In an important step, Charles Symington and his cousins have decided to use only wines matured in the Graham’s lodge in Vila Nova de Gaia and to exclude wines aged in the Douro. The lodge is just three kilometres from the Atlantic Ocean and enjoys naturally moderate annual temperatures compared to the intense summer heat in the Douro Valley.

Following a strong initial sales performance, Morrisons has made the decision to grow the range in store, with the addition of two wines that are suitable for the summer drinking season. Caviro works with a select group of local producers from the Italian regions to produce Romio Wines. 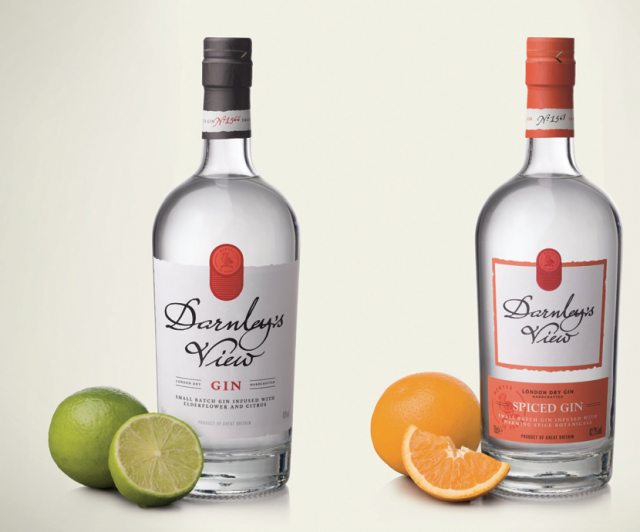 Darnley’s View Gin has announced the launch of a new addition to its range with Darnley’s View Spiced Gin – a small batch of London Dry gin with warming spice botanicals. The gin is five-times distilled with ten botanicals, including juniper, cinnamon and nutmeg.

Darnley’s View Spiced Gin has been bottled at the unusual strength of 42.7% abv to “best present the new combination of warming spice botanicals.” Owned by the Wemyss family from Scotland, the name “Darnley’s View” celebrates the meeting of Mary Queen of Scots and her husband Lord Darnley at Wemyss Castle in 1565.

The new gin was developed in conjunction with a team of gin experts including distillers, a gin writer and some of the UK’s most notable mixologists.

Bloodshot has gone on shelf in 150 Waitrose stores with an RRP of £19.99. Bloodshot is a premium blend of grain spirit produced from British wheat, combined with botanicals including chipotle, tabasco, cayenne peppers, coriander and celery seed, horseradish and lemon peel. Other ingredients include Worcestershire sauce, oak-aged ruby Port, mild chilli juice, lime bitters and lemon extract. The Bloodshot recipe is the result of product development by Bloody Mary enthusiast Mark Douglas Hill.

Beluga is the latest spirit to enter the Mangrove portfolio. Beluga vodka is crafted in a century-old distillery in Mariinsk, Siberia. It undergoes an additional process of “resting” which helps to smooth the vodka. Mangrove’s Nick Gillett said, “I am delighted that we are representing Beluga. It has world-renowned quality and their ambitions match Mangrove perfectly.” The range includes Beluga Noble, Beluga Transatlantic Racing and Beluga Allure. RRP £37.07 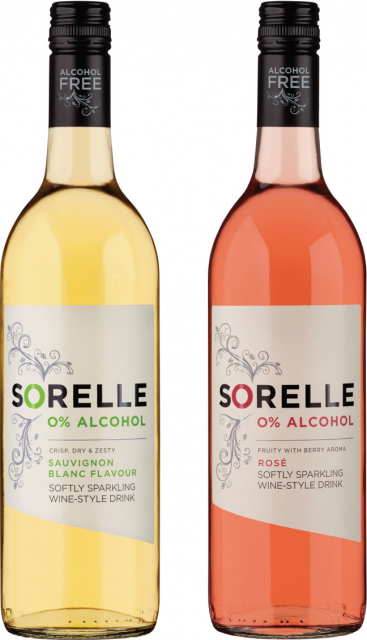 Beverage Brands has announced Sorelle, a 0% wine style drink with a wine taste, to be aimed at social adult drinking occasions. It is to be stocked in the wine aisle, and is available in a 750ml bottle with the look and feel of a sophisticated wine offering, but alcohol-free and with an RRP of £3.49.

Sorelle will be available in Sauvignon Blanc flavour and rosé. Unlike other non-alcoholic wines currently on the market, which extract alcohol content, leaving low percentages of alcohol behind, Sorelle is crafted to taste like an authentic wine, and is guaranteed 0% alcohol.

Sorelle will be launched in Tesco stores nationwide with the help of a major marketing campaign to include PR and social media. 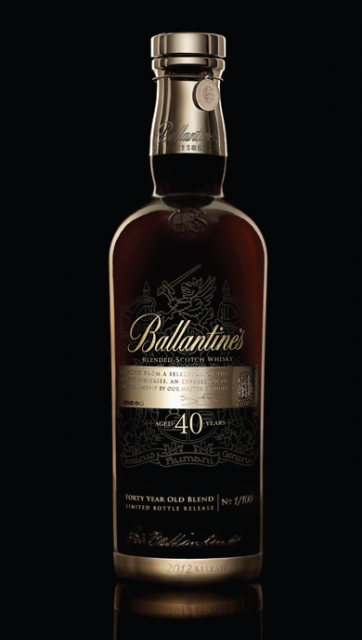 Ballantine’s is celebrating the global launch of Ballantine’s 40-Year-Old. A permanent expression within Ballantine’s award-winning range, only 100 bottles of this whisky will be released globally each year.

Individually numbered bottles will be priced at a minimum US$7,000. Ballantine’s 40-Year-Old was initially introduced in Korea – the brand’s leading Asian market – in March 2012 at a gala dinner attended by 240 media and VIP consumers. The global rollout will continue with Asia Duty Free from September, followed by other significant prestige Scotch whisky markets in Asia. 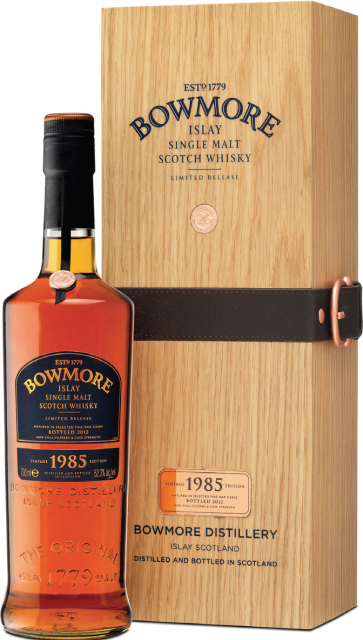 Bowmore is releasing two prized limited editions: Bowmore 1964 and Bowmore 1985. Handcrafted and nurtured by the distillery manager, only 72 bottles of the 1964 and 747 bottles of the 1985 exist globally. They are priced at £8,000 and £300 respectively. Bowmore 1964 is a fino Sherry cask-finished expression and this rare expression follows in the footsteps of the  sought-after Bowmore 1964 Trilogy. Bowmore commissioned Brodie Nairn and Nichola Burns, two of Scotland’s foremost glass artists, to design the vessel.

Each bottle has been hand-blown and painstakingly sculpted from molten glass, with a design that takes inspiration from the waves of Islay’s Loch Indaal.

The Bowmore 1985 Vintage follows in the footsteps of the previous 1980s Vintage series. It is presented in a wooden gift box with a “weather-beaten” leather strap and copper buckle. Each bottle comes with a hand-signed and numbered certificate by the distillery manager, Eddie MacAffer.

The Morgenrot Group has secured the exclusive distribution agreement lambic beer brand Mort Subite. Set to be a key tool for Morgenrot this summer, the company will initially be looking to develop the brand’s Original Gueuze (4.5% abv) – a blend of young and old, oak-aged lambic beers and two lambic fruit beers made with fresh cherries – Original Kriek (4.5% abv) and Extreme Kriek (4.3% abv).

Lambic beers are produced in Zenne Valley and Pajottenland regions, Mort Subite is one of five remaining traditional lambic brewers and dates back to 1604, when it started out as a small family run farm-brewery. RRP £3.50-5.00. 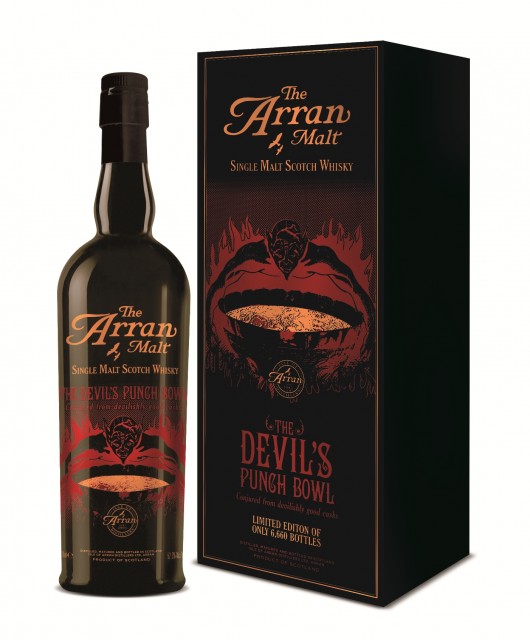 Isle of Arran Distillery has unveiled its latest offering, a devilish delight.

This month 6,660 bottles of the “Devil’s Punch Bowl” will appear across the globe, and it is expected to cause quite a stir as a menacing image of a red and black devil haunts the packaging. Arran Distillery’s provocative new release is named after the glacial hollow Coire na Ciche on Arran, which evokes a very sinister atmosphere and is only accessible by boggy footpaths.

James “Lucifer” MacTaggart, the master distiller behind the new whisky, said: “I’m well practiced in the dark arts of selecting devilishly good casks and was drawn to a number of vintage releases for this limited edition bottling. The spirit has dark, swirling colours with a seductive rich flavour and a smoky edge.