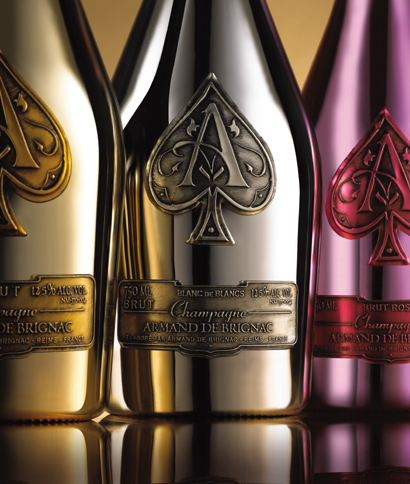 According to The New York Post, the makers of Dom Pérignon, Krug and Moët & Chandon Champagne filed a suit last Friday that seeks to put a stop to Armand de Brignac’s claim that it is “rated the number one Champagne in the world.”

The suit states that the Brut Gold NV is the only of Armand de Brignac’s cuvées to be rated number one by Finnish Champagne commentator Essi Avellan MW’s FINE Champagne Magazine, “and that rating occurred in 2010.”

“Since then, Armand de Brignac Brut Gold NV has fared much worse in that periodical’s testing, rated number 23 in 2011, and number 22 in 2012,” court papers charge.

In addition to barring the company from using the “number one” rating, the suit seeks unspecified damages for unfair competition and all of Armand de Brignac’s profits from “its false and misleading advertisement.”

A favourite among rappers including Jay-Z, Kanye West and Drake, a 15l Nebuchadnezzar of Armand de Brignac Brut Gold NV worth an estimated £80,000 was brought to Usain Bolt’s VIP table at Movida nightclub in London earlier this month after the Jamaican sprinter helped smash the world record for the 4×100-m relay at the London 2012 Olympics.