Burgundy collection “dreams are made of” opens autumn season

Bonhams and Sothebys are heralding their opening auctions for the autumn/winter season, with Burgundy and Italy to the fore. 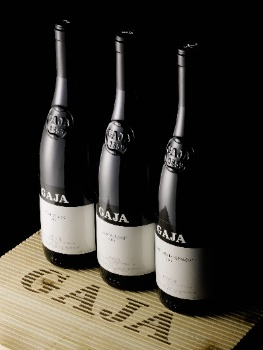 Sothebys’ season begins on 12 September with extensive collections of Burgundy and Italian wines.

The Burgundy collection – all from one English cellar – is comprised of 200 lots spanning 1955 to 1990 and covers nearly every one of the Côte d’Or’s stellar names, including Domaine de la Romanée-Conti, Jayer, Dujac, de Vogüé, Roumier, Leroy, Ponsot, Rousseau, Givrot, Gros and Méo Camuzet.

This is followed by a collection of Vega Sicilia from 1959-1989 and then followed again a collection of Italian wines “assembled by a true connoisseur”, with another 200 lots covering Angelo Gaja, Giacomo Conterno, Marchesi Antinori and Tenuta dell’Ornellaia.

The following day Bonhams begins its season. Burgundy again will take centre stage with names such as Marquis d’Angerville, Comtes Lafon, de Montille and Dugat-Py added to those listed above.

A Belgian consignor has contributed an extensive Italian collection including Amarones from dal Forno and Quintarelli, numerous Barolos and Brunellos and Super Tuscans from Sassicaia and Masseto among others.

Rare Cognacs will also be on sale, notably bottles from 1806 and 1811, a Rémy Martin Louis XIII Black Pearl and a Frapin François Rabelais.