The 190 year-old Pédebernade vineyard in the Gers region of southwest France has been classified as an historic monument. 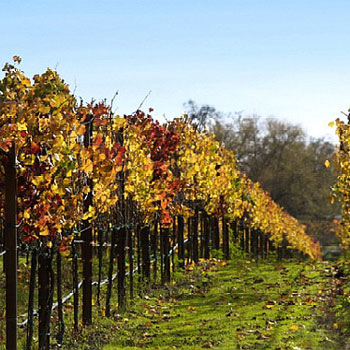 No living thing has been classified before but the French officials made an exception. Dominique Paillarse, head of the Gers region cultural affairs department, said: “We usually classify churches and buildings rather than living things. But when we visited the vineyard we were so impressed we said ‘Let’s do it – it’s worth it.’”

The vineyard, found in the town of Sarragachies, was one of the few to survive the phylloxera crisis that spread across France in the mid-nineteenth century and destroyed around 40% of the country’s grape vines.

It’s believed that the Pédebernade vineyards’ sandy soil helped to keep at bay this pale yellow insect native to North America that feed on the roots of vines, eventually killing them.

The vineyard, run by Jean-Pascal Pédebernade, 45, and his father Réné, 85, has 600 plants with over 20 varieties of grape, including Tannat, a red wine grape and Fer Servadou, a dark-skinned grape mostly used for red and rosé wines.

The vineyard is also home to seven types of grape which are unknown anywhere else. These have now been named Pédebernade 1 to 7 in honour of the family who tended to the vines for eight generations.

Due to the wide variety of grapes, all fruit from Pédebernade is sent to local wine co-operative Saint Mont to be blended with grapes from other vineyards.

The Pédebernade family plans to open the vineyard to the public and is hoping to make a special wine with Saint Mont in celebration of this new title.

Réné’s nephew, Jean-Marc Pédebernade, who owns a separate section of the vineyard said, “We’ve suggested making a special wine from the grapes to celebrate the vines’ listing, but we’re not too sure about the quality, so it would only be for fun.”