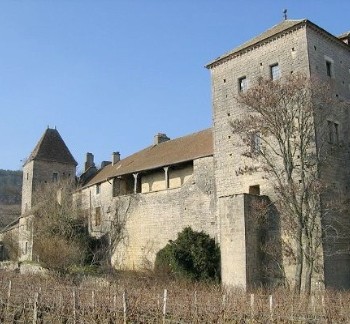 Château de Gevrey-Chambertin and its vineyards were sold earlier this year with the price rising from its original asking price of €3.5m even though it had taken over a year to sell.

The president of Gevrey-Chambertin’s winemaker association, Jean-Michel Guillon, confirmed the sale in an interview with Agence France Presse where he said: “The association of winemakers that I represent and numerous other people had put together a project to buy it for the community and use it as somewhere for a visitor and reception centre.”

Asian businessmen and companies buying properties in France – or even Chile and Australia – is not new but their attention so far has been held by Bordeaux.

The impact of the Napoleonic Code on Burgundy’s vineyards and the small size of the region makes it very difficult or just too much effort to buy into the region as it is possible to do elsewhere.

So far, the only major news of foreign investment in the area was news that a Chinese businessman had bought two hectares with a Burgundian friend in Vosne-Romanée and Richebourg.

Several Burgundian properties have been given a fillip of late thanks to increased attention from Asian buyers as their attention has been caught by Burgundy – long considered a far more suitable candidate for Asian palates.

However, this new attention is rather unwelcome as far as the producers are concerned.

Guillon continued: “The owners wanted €7m and they sold it for eight. I hope this is not the start of a wave of foreign investors moving into Burgundy.

“We are starting to say to ourselves that our heritage is going out the window because it is not the only (foreign) purchase we’ve seen in the area.”

Guillon is likely referring to the purchase of the vineyards in Vosne-Romanée but also to the sale of Domaine Maume also in Gevrey-Chambertin to Canadian entrepreneur Moray Tawse.

Château La Rochepot has also just gone on the market as of 9 August.

In a statement to local paper Gazette Info, Guillon was more forthright, saying the that the syndicate had no chance against the businessman, for whom paying €8m was “as simple as pulling a €50 note from his pocket”.

He added that, from his point of view, it was as if the château at Clos du Vougeot had been sold,

The château in Gevrey-Chambertin dates to the 13th century although it is thought to have much earlier foundations and has been owned in its time by the powerful monastery at Cluny, and some of the region’s most powerful aristocrats – it even has a moat and a drawbridge.

It has been owned by the Masson family since 1858. The motive for selling and even the tycoon’s exact identity have not been revealed.