Van Damme is back in Coors Light ads

Molson Coors is to launch the next instalment of its cult Coors Light ads starring Jean Claude Van Damme, as part of a £6m integrated campaign. 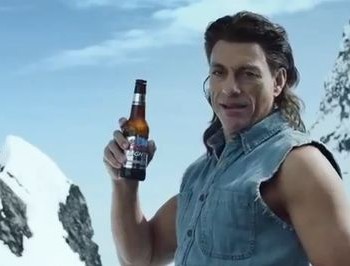 Coors Light’s “Closest to Cold” UK advertising campaign launched on Facebook and YouTube and will make its TV debut on 13 July, running for nine weeks.

The 30 and 10 second spots titled “Imprints”, depict the continuation of Jean Claude Van Damme’s quest in the Rockies, trying to get “close to the ice cold refreshment of a Coors Light.”

The first execution of the campaign racked up millions of online views when in launched in July last year and went on to become the UK’s most-shared beer ad.

Ali Pickering, brand director for Coors Light UK, said: “Coors Light sales have been very strong coming into the traditionally busy summer period in the UK. The strong marketing campaign, in which the Van Damme adverts have played a vital role, has really driven the brand’s growth over the last year. This confirms that now is the ideal time to launch the new instalment of adverts to push sales even further.”

According to Molson Coors, Coors Light has grown over 40% in the off-trade this year, outperforming the overall lager market which has seen a 2.8% decline. On-trade performance over the same period was 14% growth, again in a declining market.

Watch a video of the advert: