Top ten trends of the last ten years: 10. The Pinots

To celebrate reaching our tenth birthday, we have decided to count down the ten greatest changes in drinks since our first issue was launched in July 2002.

We have looked back over the ten-year period and picked out what we believe are the ten overriding trends of the era.

We’ll be counting down the other nine trends over the next few days. 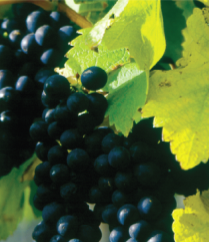 Although it is tempting to list Sauvignon Blanc as the greatest grape-based development of the last decade (mainly driven by New Zealand’s Marlborough produce), the Pinots in fact beat the grassy and gooseberry-flavoured variety due to the scale and extent of their popularity, and their phenomenal rise in plantings and sales since db was first published.

There might be a whole family of grapes with the Pinot prefix, but it’s really only Pinot Noir and Pinot Grigio that have driven the change – Pinot Meunier and Pinot Blanc have not enjoyed the same sales trajectory.

To deal with Pinot Noir first: db learned not to underestimate the power of a box-office hit in shaping people’s tastes in October 2004 when the film Sideways was released.

This amusing story of a road trip through Californian wine country featured a character called Miles who, particularly fond of Pinot Noir, but not Merlot, arguably changed the world’s opinions of what they should drink.

The demand for Pinot Noir has continued to increase, as have plantings, helping to boost the supply of affordable Pinot.

Of the non-European sources, New Zealand stands out for carving a niche in the crowded international wine market for a highly commercial take on the grape; not too jammy or alcoholic, but neither too thin nor green.

Chile has also emerged as a new source of Pinot, particularly at the cheaper end of the scale, with its Cono Sur Pinot Noir regularly picked out as offering surprising value for money.

On the horizon, Australia’s cool climate regions, particularly Tasmania, are attracting attention, while in Europe, Germany is proving a rising star at the upper end of the price spectrum.

As for the grape’s historic home, Burgundy, we’ve extensively reported on the growing interest in Pinot Noir from this region’s best sites.

This grape, when grown in the Côte-d’Or, has always produced the world’s most intriguing and valuable fine wines, but it’s only recently that China has discovered them.

And what of Pinot Grigio?

In keeping with the world’s love of Italy, Pinot Grigio has been the white wine phenomenon of the last decade.

Light in colour, taste, and as refreshing as super-chilled lager, this grape has become the default choice for many wine drinkers, especially women.

In Europe, Germany and Hungary dominate – and Hungarian producers have even opted for Italian-sounding brand names to boost sales.

Indeed, by the end of last year Pinot Grigio was both the best-selling and fastest-growing grape in UK retail.