The Christmas party season is now in full swing, so to help you deal with the morning after, the drinks business has put together the top 10 cures for alcohol induced pains.

With December underway the countdown to Christmas has begun and more evenings are being dedicated to Christmas parties and social gatherings. Unfortunately these gatherings can mean more hangovers, so we’ve dusted down our top 10 hangover cures to help you through the festive period.

A hangover is caused by a combination of the toxic by-product of alcohol metabolism (acetaldehyde), dehydration, and Vitamin A, B (particularly B6) and C depletion caused by the chemical action of alcohol on your system. The symptoms are usually a dry mouth, nausea, fatigue, dizziness and headache.

Treatment involves rehydrating the body so it can deal with the painful symptoms – though the best advice seems to be rehydrate before going to sleep.

Over-the-counter painkillers can help with headaches and muscle cramps. Sugary foods may help you feel less trembly. In some cases, an antiacid may be needed to settle your stomach first.

You can replace lost fluids by drinking bland liquids that are easy on the digestive system, such as water, soda water and isotonic drinks.

But there are some more “secret” hangover cures out there, with our twitter followers (@shanabarry) coming up with a jar of pickles and (@OakRidgeWinery) eating only apples for 4 to 7 days – “they say it’s a cleanse not diet…”

The best cure for a hangover is alcohol in moderation, but if you over do it over Christmas and New Year, these 10 “cures” may help function a little better the next day. 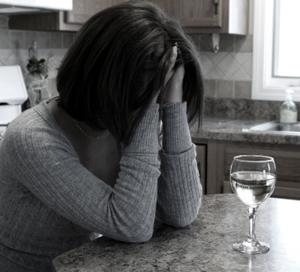 It won’t cure your headache or rehydrate you, but some good old self pity will probably make you feel a little better.

All those regrets from the night before that you have to think about over and over again makes your hangover seem that little easier to handle – for a few hours at least. 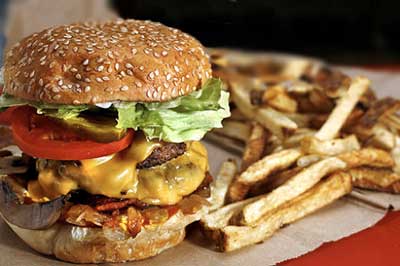 Although eating fried or fatty foods the morning after will probably only irritate a drinker’s stomach further, many believe that a good fry-up or a greasy burger will help with a hangover.

From our twitter followers we learned that “lucozade teamed with a packet of salt & vinegar crisps” is one cure and another is “baked potato with sour cream and chives from Wendys and that reconstituted OJ they serve at McDonalds.”

The real question when it comes to food and alcohol is what did you eat before all those drinks? Food helps slow the absorption of alcohol, and the longer it takes the alcohol to reach your blood stream, the longer it is until you become intoxicated.

Since a hangover is caused by a combination of the toxic by-product of alcohol metabolism (acetaldehyde), dehydration, and Vitamin A, B (particularly B6) and C depletion – putting these vitamins back into your body is a good idea.

Vitamin C is taken out of your body by alcohol and you’re advised to put back in as soon as possible. Orange juice, tomato, a 600mg Vitamin C tablet it doesn’t matter which one, they all work.

Or you could go extreme like our twitter follower (@OakRidgeWinery) who has heard of an apple diet which recommends eating apples for 4-7 days to help your hangover.

Asprin simply attends to the headache and does nothing for the level of alcohol in your system. 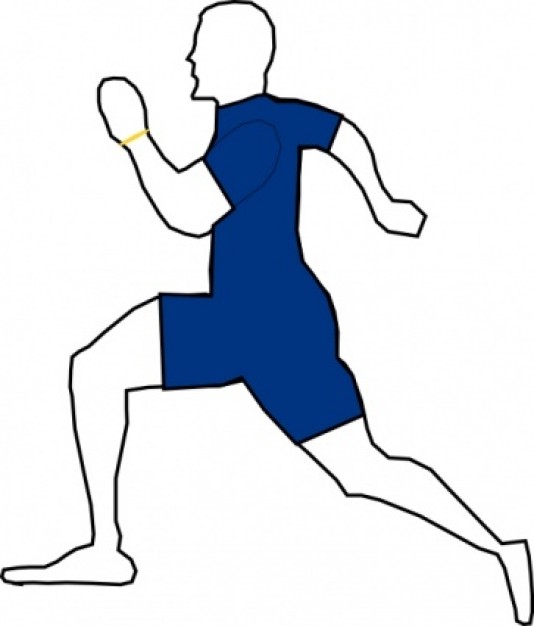 A common belief is that “sweating out” a hangover will help see off the effects of a night out.

And the good news is that it does help a little bit. Moving your body and getting some exercise, even when you don’t necessarily feel like exercising, can help stimulate the release of endorphins again, resulting in a better mood and a better state of mind as you recover from your hangover.

However, your reaction time, hand-eye co-ordination, steadiness and balance will be affected if you’re hungover – not preferable if you’re on your bike for a training ride, for example. 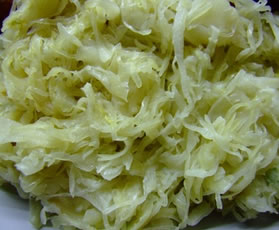 We all have them. It maybe something that lifts you from the hangover or a routine of a run, cup of tea and shower that sorts you out for the day.

The more unusual includes the serbian-style remedy (albeit mostly after consumption of strong spirits) is called “rasol” (cheese brine) and according to a twitter follower (@StefanLuka) “It helps immediately!”

Sauerkraut is also popular and it makes some sense as the acid/nadh balance and the nutritional value.

If you can’t bring yourself to eat the actually chunky bits, try sauerkraut juice (out of the sauerkraut bottle). Raw cabbage is also used for preventing as well as curing hangovers. 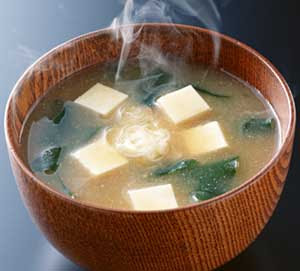 Soup is claimed by many as a miracle cure and it does have advantages.

Miso soup replaces a lot of things our bodies need to feel better: water, sodium and other nutrients depleted by the diuretic effects of the alcohol.

Because it’s a fermented food that contains healthy bacteria, miso can also aid with digestion. Too much alcohol is known to disrupt the stomach’s lining and can often result in unpleasant digestive side effects.

Bouillon soup, a thin vegetable-based broth, is a good source of vitamins and minerals, which can top up depleted resources. Its main advantage is that it’s easy for a fragile stomach to digest. 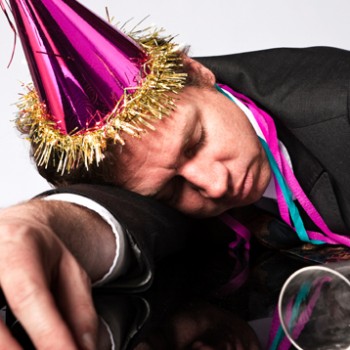 This is probably the most appealing option of the lot, so thankfully it’s one of the most effective.

Some hangovers are caused due to lack of REM sleep (the sleep where we dream) so it’s quite likely that you’ll wake up early causing you to feel more tired and irritable.

If you can stay in bed, do so because your poor body needs to rest. 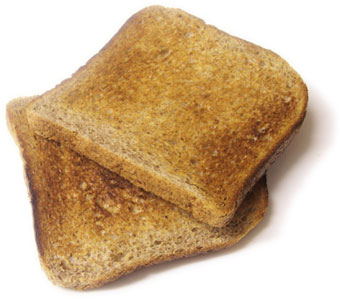 Added to this the burnt toast remedy may seem that it’s actually based on scientific fact. The culprit behind this fictional cure is the carbon in the charred bread. Carbon can act like a filter in the body. While it’s true that activated charcoal(which is a treated form of carbon) is used to treat some types of poisonings, it’s not currently used to treat alcohol poisoning.

The carbon/charcoal found on burnt toast is not the same as activated charcoal. 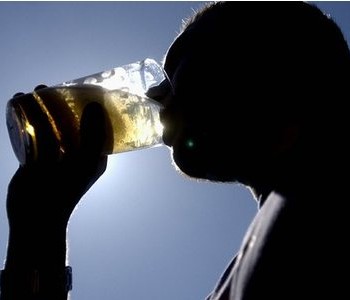 “Hair of the dog” is popular. But drinking simply may be delaying the appearance of symptoms until the alcohol wears off again.

One of the reasons hangovers are so unpleasant is the liver is still processing the toxins left over from alcohol metabolism. Drinking more alcohol can make the symptoms seem to lessen at first but will only make the situation worse once the liver breaks the alcohol down, because it will have even more toxins to deal with.

If you’ve had a heavy drinking session, hangover or not, doctors advise that you wait 48 hours before drinking any more alcohol, in order to give your body tissues time to recover. Sometimes, of course, a hangover makes that advice easier to follow. 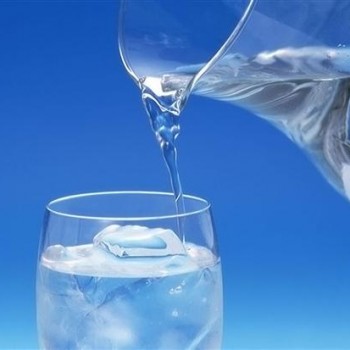 Replenishing the body’s water supply after a night of drinking combats dehydration, and it also helps dilute the leftover byproducts in the stomach. Adding salt and sugar to water helps replace the sodium and glycogen lost the night before. Non-caffeinated, non-carbonated sports drinks can achieve the same effect.

Drinking a few glasses of water before going to bed helps fight dehydration after the body finishes breaking down the alcohol. 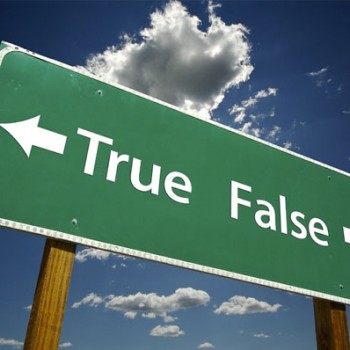 Hangover cures are generally a myth. There are no cures for a hangover. There are tips for avoiding hangovers and for easing the symptoms if you have one.

The best way to avoid a hangover is to drink in moderation.

To avoid a hangover, don’t drink more than you know your body can cope with.