Tesco is to start selling Château Lafite and other classed growth Bordeaux as part of a new fine wine offer both in store and online. 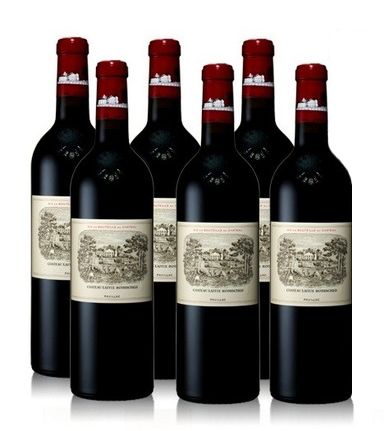 Beginning with the much-lauded 2009 vintage, other wines to go on sale at the supermarket giant will be first growth Château Mouton-Rothschild, flying fifth Pontet-Canet, St-Emilion’s Cheval Blanc and Cos d’Estournel in St-Estèphe.

“The wine was shipped sometime ago, we’re just trying to decide what to call the offer at the moment, as it won’t be an en primeur offering,” Tesco’s category director for beers, wines and spirits Dan Jago told the drinks business

Jago insists he has “good quantities” of all of the wines, and that the duty paid prices will be “very competitive.”

“We decided to make the move as a number of our customers were asking for certain fine wines we didn’t stock,” Jago said.

The wines will be available by the bottle and mixed case at the end of the summer in 25-30 of Tesco’s most upmarket stores around the UK.

“I want to offer them as single bottles as we want to deter investors. We want the wine to be bought by the people who are going to pop the cork,” Jago told db.

Jago admitted that the wettest June on record in the UK had led to “challenging” trading conditions, and that sales had not been as high as expected given the event-led summer with the Queen’s Diamond Jubilee and the Euro 2012 football tournament.

“Wine sales during the Jubilee could have been better. There’s a physical and metaphorical grey cloud hanging over the nation at the moment,” Jago said, admitting that Tesco will be “hard pushed to replace what could have been.”

In terms of wines that are selling well, Jago flagged up both Spain and South Africa as putting in a strong performance in 2012, along with Italian sparking wine.

Following on from the success of Tesco’s exclusive brand Ogio, Jago is adding 60 new retailer exclusive wines to stores in the coming weeks, which will “form the middle ground” between the entry-level Simply range and Tesco Finest*.

The line-up includes a Wine Route range from South Africa and Lateral from Chile.

“We can do better where the big brands aren’t strong, calling upon a team of designers who are able to create wine lines with a strong sense of identity like Ogio, which is selling well all over the world,” said Jago.

Having admitted last year that due to VAT and duty hikes, selling wine under £5 was becoming “increasingly difficult,” this year Jago stressed the importance of bringing value to the consumer.

“Consumers don’t view things the same way as the trade – they want wine to be an everyday luxury and will only be prepared to spend more if they have a reason to trade up,” said Jago, who believes minimum pricing in the UK will lead to “more of a level playing field.”

“It will encourage the industry to look at how you can effectively sell a quality and value offering,” he said, though did admit to being worried about the way the currently booming cider category will be affected.

On maintaining an 80% monopoly of UK wine sales, Jago said: “Supermarkets must be doing something right with the customer – we offer extraordinary choice.”

“It’s a challenging time for wine – we need to convince consumers to carry on spending – we need to give them a reason to spend more and hardly any of the multiple specialists or independent merchants are doing this.

“Perhaps that’s why the supermarkets have maintained their monopoly,” he said.