Hiscot, a subsidiary of HiteJinro since 1993, is responsible for the company’s portfolio of premium Scotch whisky including the 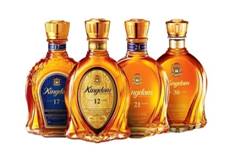 Mr Won Cheol Lee, general director of Imported Spirits Sector, Hite-Jinro said,  “Scotch whisky is growing in popularity in Korea with drinks connoisseurs discovering the enjoyment that can be gained from sharing this quality spirit with their friends, family and business partners.  Kingdom’s multiple award wins at the ISC, IWSC and SWSC are a testament to the fantastic quality of our portfolio of whiskies, gaining the international recognition this exquisite liquid deserves.

“In the Korean market, customer’s drinking habits are changing. Until recently, the Korean alcoholic beverage market used to be all about domestic brands such as the domestic blended Scotch whisky, Soju and domestic beer. But the significant rise in consumption of imported alcoholic beverages we’re now seeing would indicate that customer buying habits will be shifting in the near future.

“Therefore, as is the case with many other alcoholic beverage businesses, we have taken the decision to strengthen our imported product portfolio. By merging Hiscot, Hite-Jinro group has greatly strengthened its coverage in the imported beer and spirits category.”