A number of farmers in the Languedoc have taken to feeding their cattle local red wine to improve the flavour of their beef. 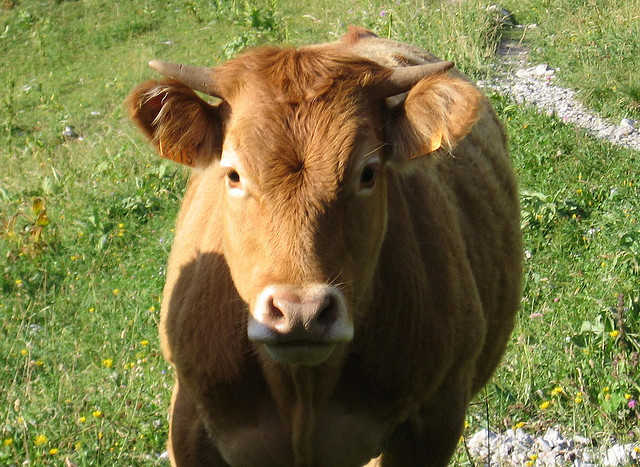 According to The Independent, local farmer Claude Chaballier has been feeding his cattle wine from the village of Saint-Geniès-des-Mourgues, resulting in “lean, marbled and tasty,” beef.

Chaballier fed the wine to three of his cows last year in a trial run, and is set to repeat the experiment next month.

Two Angus cattle and one Camargue cow were fed a mixture of leftover grapes, barley and hay before two litres of wine were integrated into their diet.

Keen to develop the practice on a small scale locally, Chabellier says he will use a regional wine in next month’s experiment and is even considering using Muscat from Lunel-Viel to give the meat an aromatic character.

Scientists in Australia have already found a link between feeding cows grape marc and an increase in milk production.

Meanwhile, in 2010 it was reported that Canadian farmer Janice Ravndahl in British Columbia’s Okanagan Valley had taken to feeding her Angus cattle local red wine for the 90 days before slaughter.

Ravndahl chanced upon the idea while watching celebrity chef Gordon Ramsay feed beer to his pigs on TV cookery programme The F Word.

According to Jean-Charles Tastavy, founder of Vinbovin, cows can consume up to a litre-and-a-half of wine per day, the human equivalent of two to three glasses.

Tripling the cost of animal feed, Chabellier admits that the wine diet will inevitably affect pricing, pushing up the best cuts of beef to nearly €100.

“It won’t be for all pockets,” he told The Independent, admitting that he aims to target top-end restaurants.

Undeterred by the high prices, Michelin-starred chef Laurent Pourcel is attracted to the meat’s unique texture and ability to caramelise during cooking. “All the finest restaurants in Paris are going to take it,” he said.

The improved taste of the beef doesn’t just come from the chemistry involved in the change of diet; French researchers believe the occasional litre of wine may also increase a cow’s wellbeing.