As inflation increases in Western Europe, the Fine Wine Fund has reminded investors – with reference to a new book – that fine wine, like gold, is a store of value. 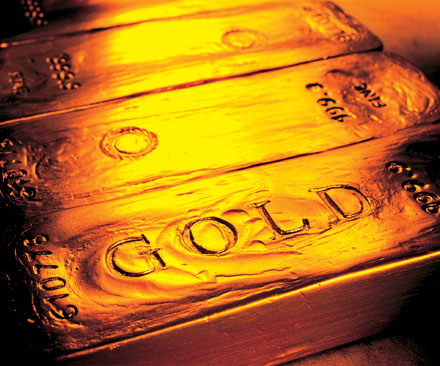 The recently published SWAG – investments for the coming decade is focused on the benefits of owning silver, wine, art and gold (SWAG is an acronym for these four assets), and was written by Joe Roseman, head of economics at Moore Capital from 1998 to 2010.

As the Fine Wine Fund points out in its latest monthly report, while the policy in western Europe is to keep interest rates close to zero while printing money to reduce government debt, investors should focus on assets which store value.

Further, the current macro-economic approach in the West, “will probably last much longer than many investors realise”, says the fund.

“It is a transfer of wealth away from savers to those in debt, the biggest of which is the government itself.”

Because fine wine is a store of value, along with gold, silver and art, the Fine Wine Fund highlights, “In Roseman’s view, never has it made more sense to own these assets.”

Despite this view, fine wine prices are falling.

The fund reported a share price drop of 3.7% during June and a fund unit price fall of 9% for the second quarter. 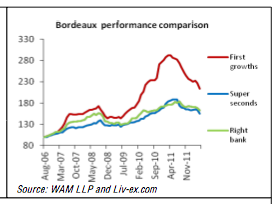 Indeed, it compared the current market situation to the aftermath of the Lehman collapse, when bids represented less than 20% of offers.

As shown in the chart (left), the weakness comes mainly from the first growths, and some prices have come back to the level they were in early 2007.

This shows that sellers are accepting, as the fund notes, heavily discounted bids.

“If you can possibly avoid it, don’t do it,” it urged its investors who may be considering selling.