Crabbie’s alcoholic ginger beer has secured national distribution in the US and Canada. 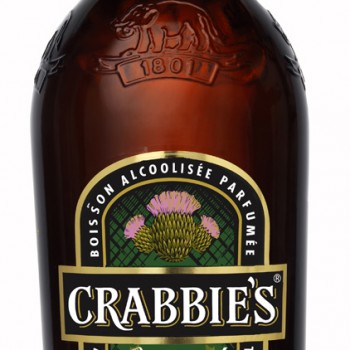 As part of a global expansions plan, which began in November 2011, the brand will be launched across New York, Massachusetts, Maryland, DC, California, Illinois, Texas, Kentucky, Ohio and Wisconsin prior to nationwide rollout later in the year.

Halewood International’s launch of Crabbie’s alcoholic ginger beer in the UK market in 2009 has been a success and after increasing demand from consumers overseas, the global expansion plan began in November 2011 with Australia being the first route to a worldwide marketplace.

The next phase of expansion delivers on and off premise distribution in Canada with Bruce Ashley Group, with key customers including Liquor Control Boards of Ontario (LCBO) and British Columbia already confirmed.

In the US Crabbie’s will be imported through St Killian Importing Company Ltd, part of the L Knife Group.  Crabbie’s is looking to capitalise on the increasing demand for imported beer and ciders in the USA and Canada.

Crabbie’s will be available in its original 500ml single bottle in Canada and in both 500ml and 330ml four pack in America.

Allan Dickson, sales and marketing director for Halewood International said; “The ginger phenomenon experienced in the UK following the launch of Crabbie’s has successfully driven the creation of a ginger category in its own right, something which Halewood International is aiming to replicate worldwide. Our global portfolio now includes USA, Canada and Australia with further international expansions in the pipeline.”