Judy Leissner CEO of China’s Grace Vineyards has been named the 2012 Asian Wine Personality of the Year, an award presented by the drinks business and the Institute of Masters of Wine (IMW). 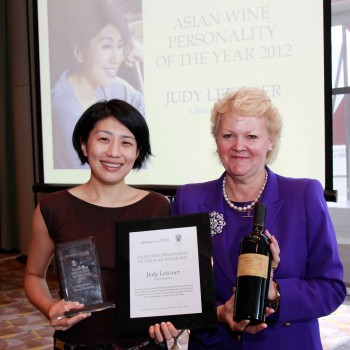 The announcement was made at a reception during Vinexpo Asia-Pacific in Hong Kong, where Anthony Hawser, publisher of the drinks business, and Lynne Sheriff MW, chairman of the Institute of Masters of Wine, presented Leissner with the award.

Accepting her award, Ms. Leissner said: “I am honoured to be the first to receive the Asian Wine Personality of the Year award at this year’s Vinexpo Asia-Pacific. This award reinforces the fact that our brand is growing in the right direction and it is great to have people applaud us on the way. This award will encourage me to continue to bring Grace’s Vineyard to the next level.”

This is the first year the drinks business and the IMW have created an award for an Asian wine personality, and it follows their award for Lifetime Achievement, which is announced at Vinexpo Bordeaux, with past recipients including Jean-Michel Cazes, Robert Mondavi and Piero Antinori.

The award for Asian Wine Personality of the Year recognises outstanding achievement in wine, with a particular emphasis on promoting wine within Asia, whether through viticulture and winemaking, or sales and marketing.

Judy, as CEO of Grace Vineyards, and a regular speaker at conferences and events within Asia and outside, has drawn global attention to the quality potential of Chinese wine, as well as promoted the appreciation of domestically-produced fine wine among Chinese consumers.

In 2002, when she was only 24 years old, Judy, who was working in the HR department of Goldman Sachs in Hong Kong, left her city-based career and took over the management of the 200 hectare Grace Vineyards operation in Shanxi province, south of Beijing.

Although Grace Vineyard began with the plantation of traditional Bordeaux varieties and Chardonnay, Leissner introduced a more experimental approach to the venture, planting the likes of Riesling and Marselan, as well as Pinot Noir and Shiraz, while turning the operation into a globally recognised brand and flagship for Chinese fine wine. 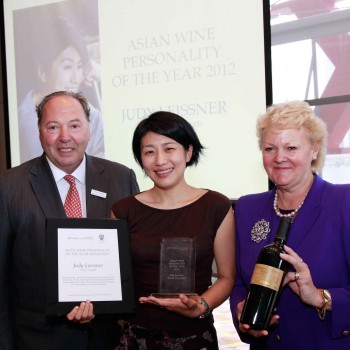 More recently she has used screwcaps to close some of the wines, while to ensure an international mindset among her employees, she takes her management team to different famous wine regions each year, such as Bordeaux or Rioja.

The Grace Vineyards wines are aimed at the domestic market although they can be found on wine lists in major capital cities around the world.

The winery produces over 2 million bottles each year, and makes a flagship red blend called Deep Blue, while the winery’s top of the range is called Chairman’s Reserve.

In a tasting of Chinese wines by Lisa Perrotti-Brown MW for Robert Parker’s Wine Advocate earlier this year, Grace Vineyard was rate as the best white and red wines in the line-up.

For the future, Judy is planning to build more wineries in different parts of China.