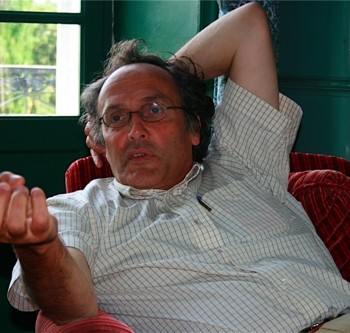 Speaking at the RAW wine fair in London yesterday organised by Isabelle Legeron MW, Joly told the drinks business: “The term natural wine is nothing more than a drawer in which to put all the winemakers who didn’t make enough effort to convert to organics and biodynamics.”

“Those naming themselves as ‘natural’ wines are going to have a huge problem in five years and are going to find it extremely difficult to sell their wines,” he added.

Joly feels that now organic and biodynamic wines have become trendy, everyone is trying to jump on the band wagon.

“Natural wine is an empty concept devised for capturing a market.

“What is ‘natural’? All wines are natural. If you do nothing in the cellar you will have a natural wine but it won’t necessarily be a good wine to drink.”

Joly believes the subject of sulphur use – crucial to the natural wine movement – has been over discussed and incorrectly communicated.

“It all depends which sulphur you use. A small amount of volcanic sulphur is actually a good thing for a wine.

“Wines destined to be shipped abroad that want any kind of life span need sulphur to protect against oxidation – they can’t survive without it,” he said.

“It’s pointless trying to fight the sulphur issue – you just have to find the right one,” he added.

“At a physical level, biodynamics can’t work. It works in tiny quantities as a receiver on an energetic level like using a phone to connect to a friend. Being biodynamic connects a vine to that which it needs to express its full potential,” he said.

Joly revealed to db that he believes sound frequencies have a positive effect on stimulating yeast during fermentation.

“I play a specific note to my wines in a specific spot of the cellar at a specific time during fermentation. Sounds dominate matter and stimulate life but very little is understood about it at the moment,” he explained.

He also believes shape is more important than material when it comes to fermenting and ageing wines, citing amphora, which are still used in Georgia, as the best shape for maturing wine.