Danish restaurant Noma has once again been named the best restaurant in the world for the third year running in the 2012 S.Pellegrino World’s 50 Best Restaurants awards. 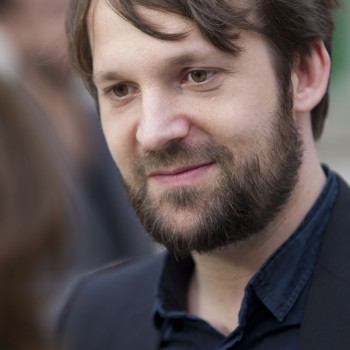 Held last night at the Guildhall in London, the annual awards saw Noma chef-owner Rene Redzepi clinch the title once more to a standing ovation of chefs from around the world.

But while Redzepi was celebrating a hat trick for his nature-based Copenhagen restaurant, the UK’s Heston Blumenthal was jubilant at having two restaurants in the list for the first time.

The “snail porridge” chef has spearheaded a revival in historically-influenced cooking with his latest restaurant Dinner, which was this year’s highest new entry at number nine, eclipsing list stalwart The Fat Duck which fell eight places to number 13 – its first year outside the top 10.

The top three stood exactly the same as in 2011, with El Celler de Can Roca in Girona, Spain and Mugaritz in San Sebastian, Spain, in second and third places respectively.

The remainder of the top five was made up with Alex Atala’s D.O.M in Sao Paolo, Brazil in fourth place and Massimo Bottura’s Osteria Francescana in Modena, Italy in fifth.

Marking the list’s ten-year anniversary, organisers Restaurant magazine announced the launch of the Asia 50 Best Restaurant awards, which will take place in February 2013.

Ignatius Chan, chef-owner of Iggy’s in Singapore, said the decision to launch a digressed list specifically for Asia was an “incredible opportunity” for the region’s restaurants.

“Asia has a long culinary history and we offer a deep, diverse and rich gastronomic landscape,” he said. “Asia’s 50 Best Restaurants is a fantastic platform to educate and showcase some of the greatest Asian restaurants to the world.”

Legendary chef Thomas Keller of Per Se in New York (6) and The French Laundry in California (43) received the Lifetime Achievement award, while the Chefs’ Choice award, voted for by the chef peers, went to Andoni Luis Aduriz of Mugaritz.