Deal of the week: English wine at Waitrose

For those hoping to stock up on English wine ahead of June’s Jubilee celebrations, head into your local Waitrose. 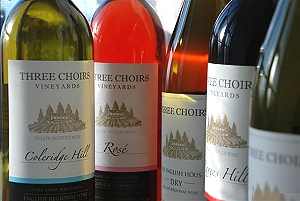 The UK supermarket is running a promotion on Three Choirs, as well as Chapel Down and Nyetimber from this week until the end of the month.

Included in the offer is: