Hollywood heartthrob Brad Pitt is to star in a film adaptation of The Billionaire’s Vinegar, a book by Benjamin Wallace on the fake Thomas Jefferson bottles affair.

The film, slated to hit cinemas this year, has been co-produced by Independence Day actor Will Smith, who bought the rights to the book as part of a Hollywood consortium.

Produced by Columbia TriStar Motion Picture Group, a subsidiary of Sony Pictures, The Billionaire’s Vinegar is directed by David Keopp, who has worked on blockbusters such as Jurassic Park, Mission Impossible, Spider-Man and War of the Worlds.

He also wrote the script for Men In Black III, starring Smith in the lead role.

David Bloomfield, who produced The Fighter, Seven Pounds and Thank You For Smoking, is the executive producer.

Yesterday thedrinksbusiness.com reported that billionaire William Koch has asked a US appeals court to revive the lawsuit against auction house Christie’s for assisting the sale of fake bottles of 1787 Lafite said to belong to American President Thomas Jefferson.

In 1987, Koch bought four bottles of 1787 Château Lafite engraved “Th.J” that were sold to him by German wine dealer Hardy Rodenstock for around US$500,000. 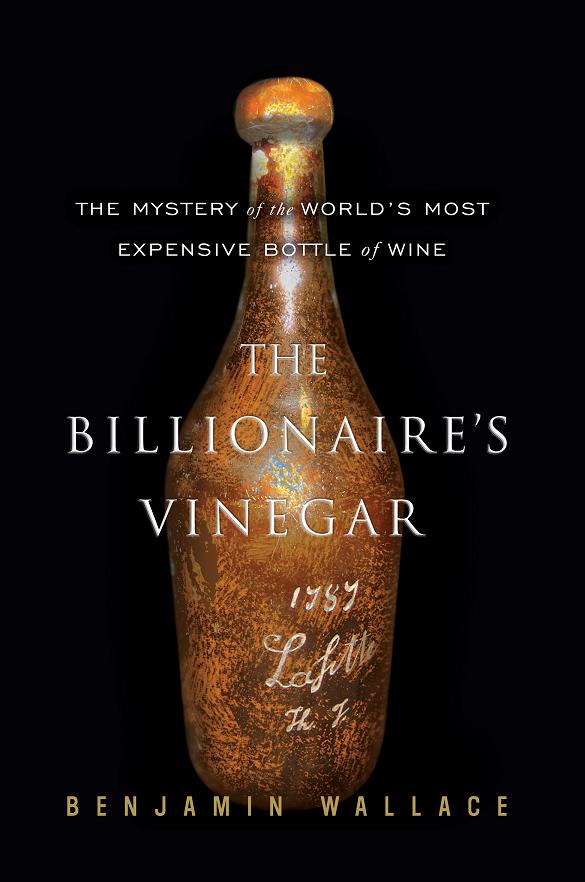 US district judge Barbara Jones threw out Koch’s lawsuit against Christie’s last March, ruling that his claim of fraudulent concealment was barred by the statute of limitations.

The appeals court has yet to issue a ruling, but will give a written opinion at a later date.

This is not the first time wine has appeared on the silver screen – Pinot Noir was eulogised and Merlot derided in the 2004 cult comedy Sideways, starring Paul Giamatti, adapted from Rex Pickett’s novel of the same name.

In 2006, Gladiator director Ridley Scott swapped swords for pruning sheers in his Provence-based romantic comedy A Good Year, starring Russell Crowe. The same year saw the release of Bottle Shock, a comedy-drama based on the iconic 1976 Judgment of Paris blind tasting, starring Alan Rickman in the role of wine writer and former merchant Steven Spurrier.