German beer maker, Duff Beer UG, wants a trademark for its brand to resemble the fictional beer in the TV series The Simpsons. 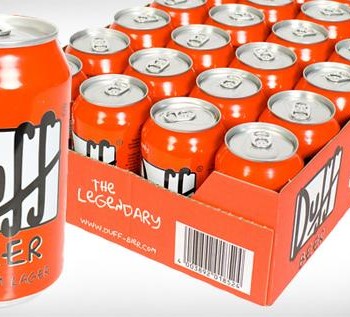 The brewer has gone to a European Union court to allow it to register an EU trademark for Homer Simpson’s favourite beverage.

Duff Beer UG sells “the legendary Duff beer” without mentioning the Simpsons on its packaging or its website.

Based in Eschwege, Germany, Duff beer filed a suit with the EU’s general court in Luxembourg, asking the court to overturn a decision by the EU trademark agency that prevented it from registering “the figurative trademark ‘Duff’ in black, white and red,” according to a filing published on 14 April.

The makers of The Simpsons has two earlier EU trademarks in place for the fictional beer.

But a Belgian court last year annulled these as misleading because they weren’t registered for an actual beverage.

News Corp. won an Australian court case stopping another producer selling Duff beer – that looked like the fictional brand – in 1996.

The German brewer is also asking the EU court to wait for final decisions from the Belgian cases, before making a decision on its own case.