Researchers in London claim to have solved why, when people have had a few drinks, the opposite sex appears more attractive. 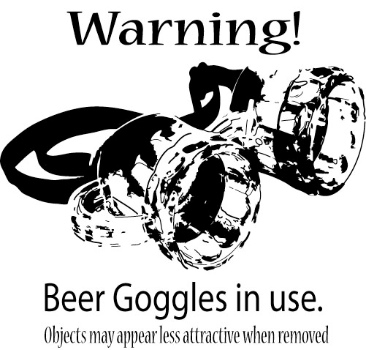 London’s Roehampton University conducted a study that found people’s ability to detect face symmetry changes after they’ve had a couple of drinks.

Facial symmetry – where one half of the face is identical to the other – has previously been linked to attractiveness.

The researchers asked more than 100 people to rate faces for attractiveness and symmetry. Some did the test while drinking and others while having a non-alcoholic drink

The men and women given the vodka and tonic found it more difficult to work out if a face was symmetrical, compared to those on soft drinks.

And the women drinkers were particularly bad at the task.

“What we have shown is that people’s ability to detect symmetry is part of the explanation for the beer goggle effect.

“The consequences could be considerable. A lot of people say they met their partner when they were drunk. Are their marriages shorter or longer lasting? Does it change the nature of the relationship?”