Maison Louis Latour is stepping up its activity in Beaujolais as a solution to the increasing pressure on Burgundy’s Pinot Noir supplies. 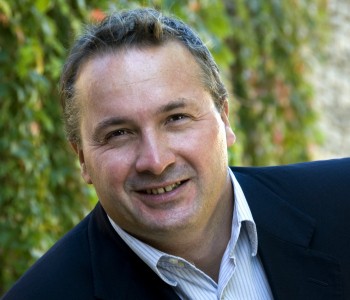 The move includes investment in the new appellations of Coteaux Bourguignons and Bourgogne Gamay, both introduced to the Beaujolais region this year.

Although regulations for both appellations permit a maximum of 15% Pinot Noir to be used in the blend alongside the Beaujolais region’s core Gamay grape variety, Louis-Fabrice Latour (left), the seventh generation to head his family’s Beaune-based grower and negociant, is convinced of the important role Pinot Noir can play in the region.

“There is big demand for Pinot Noir and Burgundy is not big enough,” he observed, pointing to increasing global demand for the style as he warned: “In the years to come, Pinot Noir is going to go up in price.”

Turning first to the Bourgogne Gamay project, which is expected to retail for below £10, Louis-Fabrice explained: “We’re not saying this is an alternative to Burgundy, but we need to be able to go to retailers and say ‘We can show you a Bourgogne Gamay from Maison Louis Latour, which is more fruit driven at a very good price’.”

Under the regulations of the Bourgogne Gamay AOC, the Gamay grapes used must come exclusively from the region’s 10 crus. The 2011 wine, which will be produced under the Louis Latour label rather than that of its Beaujolais subsidiary Henry Fessy, will see 85% of its blend come from Fleurie, Chénas and Régnié, with the remaining 15% provided by Pinot Noir

Outlining his plans for the Coteaux Bourguignons project, which will not see any wines released for a couple of years, Louis-Fabrice maintained: “I am a great believer that we can make very good Pinot Noir in the south of Beaujolais.”

Pointing to the “limestone, right soil and climate” of the area known as Terres Dorées, Louis-Fabrice explained that the company was focused on buying vineyards at 350-400m altitude in order to compensate for the region’s southerly location just 20 kilometres from Lyon.

With much of the area currently dedicated to producing Beaujolais Nouveau or village-level wines, Louis Fabrice acknowledged the commercial pressures facing many producers as a result of the low prices their wines tend to command.

“It’s either us or they build houses,” he remarked, insisting: “We want to contribute to the revival of Beaujolais.”

For the early stage of this project, Louis-Fabrice outlined plans to buy “a few dozen hectares in the years to come”, as well as working under contract with local growers.

With these Coteaux Bourguignons wines expected to retail at a slightly cheaper price than the company’s Bourgogne Gamay, this latest move will fill an important price gap in the company’s portfolio.

“The Ardeche is a very strong base for our whites, but we certainly don’t have enough of a base for our reds,” elaborated Louis-Fabrice of his firm’s entry level wines.

Although Maison Latour’s focus for this project is restricted to the south of Beaujolais, the Coteaux Bourguignons appellation extends as far north as Auxerrois, replacing the former AOC Bourgogne Grand Ordinaire.

At the time of the new AOC’s announcement, Burgundy’s trade body the BIVB emphasised its aim of making the region “a sought-after appellation, no longer one to fall back on.”