Krug has confirmed a last minute decision not to release its 1999 Clos du Mesnil. 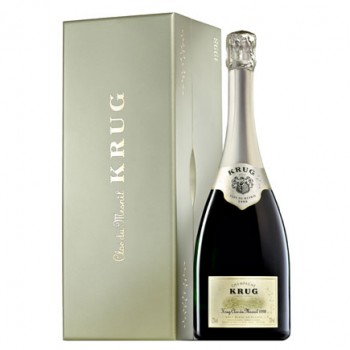 The 12,000 bottles produced from this 1.84 hectare Chardonnay vineyard had already been bottled and labelled in line with the original plan to release the Champagne at the end of 2011. However cellar master Eric Lebel explained that, having monitored the wine’s evolution over the last 12 years, it “was not at the level we expected”.

Emphasising “there was no fault in the wine,” Lebel elaborated on his recommendation that the wine should not be released, saying: “It was very shy in expression, there was not a lot of character. The wine had not evolved as we would expect for this particular parcel. It was a very good vintage, but it was not Clos du Mesnil.”

A number of bottles of the Clos du Mesnil 1999 will now be kept back for in-house tastings, with the rest being returned to stainless steel tanks to be used in the house’s reserve wine.

Since it was bought by LVMH in 1999, Krug has focused on expanding these stocks of reserve wines. The house now holds 150 individually vinified tanks of reserve wines at any one time, some holding parcels as small as 2,000kg-worth of grapes. These are then used for blending with the 200 individual wines made from each harvest.

Lebel described this stock level as “perfect for the volume that Krug can afford to make while still keeping its quality.”

Despite the disappointment of the 1999 vintage, Krug has recently released its 2000 Clos du Mesnil. However, while this small Chardonnay vineyard, together with the even smaller Pinot Noir-focused Clos D’Ambonnay, are both important for the house’s prestige, Lebel insisted: “Our priority is still the Grande Cuvée.”

Indeed, he stressed: “Krug is the only house putting cuvée above vintage. It’s a very different philosophy that is our main point of difference.”

The historic depth of this approach was reinforced recently with the discovery of a notebook written in 1848 by the house’s founder, Joseph Krug. “It was a very emotional thing,” recalled Lebel of his first sight of the book, which sets out the core principles of the house.

“Everything I learned about Krug was from Henri Krug when he contracted me 15 years ago. It had all been orally transmitted, but we found it written here,” Lebel confirmed.

Describing the ideas set out in the notebook as “very avant-garde”, Lebel highlighted in particular Joseph Krug’s decision to introduce a vintage style, while retaining a priority focus on the cuvée. “The idea of vintage didn’t exist at the time this book was written,” he pointed out, adding that its introduction “received a lot of criticism from other growers.”

However, insisting that this innovation of a vintage style was “complementary but not the most important thing,” Lebel pointed to the aim behind the creation of Krug’s Grande Cuvée. “At the time there were complaints about other houses that the quality of the non-vintage was not consistent,” he explained of the issue which originally inspired Krug to set up his own house in 1843.

“You can use average quality grapes once, but any more than that and you risk losing your reputation”, he summed up as a principle at the heart of the house’s foundation

While the Grande Cuvée is disgorged around 25 times each year, with the recent addition of ID codes to help consumers keep track of the age of its components, the next vintage release anticipated by Krug is likely to be either 2002 or 2003.

Describing the 2003 as “very distinctive,” Lebel suggested that, just as the house did with its ’88 and ’89 vintages, the younger wine may be released first.

As for his early outlook on the prospects for Krug’s 2011 harvest, Lebel emphasised the house policy of only declaring a vintage “if there is something special to say in a year” before suggesting: “There is a different story to tell in 2011”, praising in particular the Pinot Noir.

Recalling the heat which prompted the harvest to begin early on 21 August, followed by rain, Lebel summarised 2011 as being unusual in offering “acidity that looks like a very warm year but low sugar like you would expect in a cool year.”

However, he stressed of the wine’s maturation potential, “it is too early to tell; we will have to wait 10 years.”