John Smith’s has a marketing campaign urging consumers to drink responsibly at the Grand National. 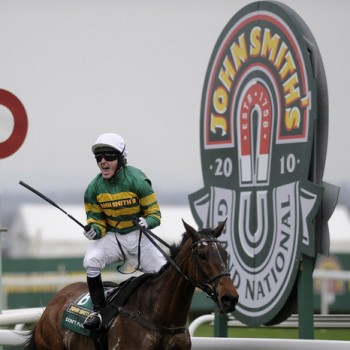 The campaign includes the beer companies first-ever TV ad to air at Aintree.

It’s the first time the Heineken-owned brand has run responsible drinking messages around the horse racings event, in the history of its eight year sponsorship.

The Grand National race will be held tomorrow, Saturday 14 April.

Created by Aesop, the campaign operates under John Smith’s “No nonsense” messaging.

Outdoor ads use different phrases including, “Get home straight” and “too much makes the going soft”, ending with the strapline, “Drink responsibly”.

The TV ad shows a race-goer having a comical “tick tack” conversation with a bookie, before his friend steps to mime going to the bar.