Cannabis wine catching on in California

A number of California winemakers are secretly producing wines laced with cannabis, with Cabernet Sauvignon the grape variety of choice for the blend. 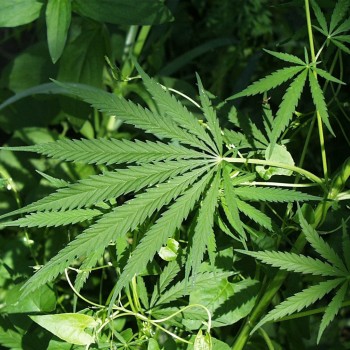 “Pot wine is increasingly fashionable in wine country – much of the marijuana used for the wine comes from California’s weed capital Humboldt County,” Crane Carter, president of the Napa Valley Marijuana Growers said.

According to Carter, pot wine delivers a quicker high than pot brownies, and the combination of alcohol and marijuana produces “an interesting little buzz.”

He believes cannabis wine has a bright future in Napa, but for the moment, producers are making the wine in small quantities to be shared in “convivial moments with like-minded people,” according to wine writer Mike Steinberger.

Offered a cannabis cuvée at a Burgundy dinner in New York, Steinberger describes it as having “a pungent herbal aroma that called to mind a college dormitory on a Saturday night – that, or a Grateful Dead concert.”

One Californian producer, who chose not to be named, said cannabis-laced wine is “the only truly original style of wine created in the New World.”

He is just one of a number of winemakers on the Central Coast who are blending two of California’s most prized crops.

To make cannabis wine, one pound of marijuana is dropped into a cask of fermenting wine, which yields around 1.5 grams of pot per bottle; the better the raw materials, the better the wine.

The alcohol from the fermentation process extracts the THC – the major psychoactive compound – from marijuana.

Some producers opt for maximum extraction, keeping the wine in barrel for nine months before bottling it.

In the ‘80s, weed wine was typically made with rosé, with bottles selling for more than US$100 due to the legal risk involved.

Today, possession of one ounce (28.5g) or less of marijuana in California is punishable by a maximum US$100 fine with no criminal record. Medical marijuana was legalised in the state in 1996.

Cultivation of any amount of marijuana is a felony, though people who grow for personal use are eligible for diversion so long as there is no evidence of intent to sell.

There are no fixed plant number limits to personal use cultivation.