In a story that would have made a pleasing April fool’s day prank, Ardbeg has announced its plan to age Scotch in space.

The experiment will test the maturation of “Ardbeg-crafted molecules” with charred oak in a near zero-gravity environment and the results will be compared to an identical sample aged on earth.

Although the Scotch was sent into the International Space Station in an unmanned rocket last autumn, news of the experiment was announced today at Edinburgh’s International Science Festival.

The trial, which is being done in partnership with space research company NanoRacks LLC, is designed to test the interaction of terpenes and oak in space and on earth over two years.

This, say Ardbeg, is believed to be the first time anyone has ever studied terpenes and other molecules in near zero gravity.

As part of the test, the US team will monitor the maturation of the unmatured malt against control samples on earth in Houston, Texas at the NanoRacks’ facility, and also in Warehouse 3 at Ardbeg Distillery on Islay. 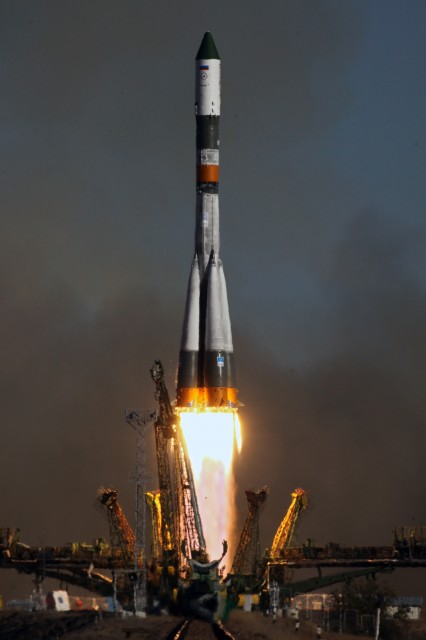 Michael Johnson, chief technical officer of NanoRacks LLC, said: “By doing this microgravity experiment on the interaction of terpenes and other molecules with the wood samples provided by Ardbeg we will learn much about flavours, even extending to applications like food and perfume.

“At the same time it should help Ardbeg find new chemical building blocks in their own flavour spectrum,” he added.

He explained: “This experiment will throw new light on the effect of gravity on the maturation process. We are all tremendously excited by this experiment: who knows where it will lead?”