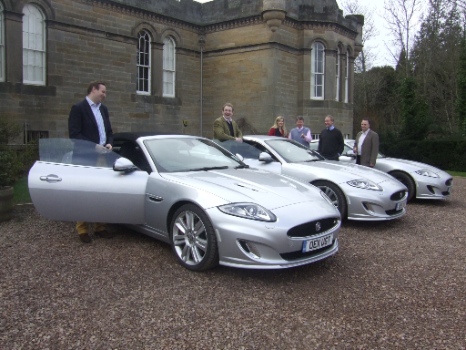 The Pol Roger team prepare to board their new company cars (they wish) as they leave Corney & Barrow’s Scottish HQ at Oxenfoord Castle on the final leg to Edinburgh in the new Jaguar XKR (5 litre V8 and 510 bhp for all the petrolheads out there), to launch the 2002 vintage. 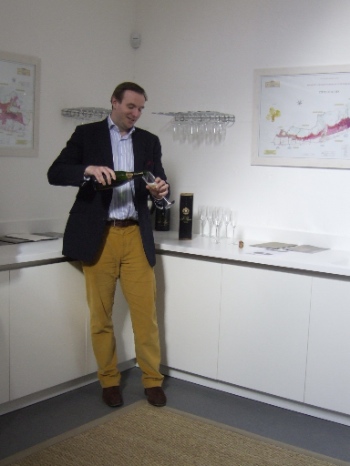 National sales manager Paul Graham, cracks into a bottle of the new vintage at C&B’s tasting room at Oxenfoord Castle. 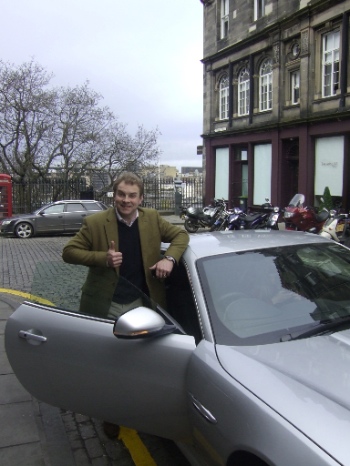 Sales manager Jonathan Smailes gives the thumbs up to a combination of a fast car and the prospect of lots of Champagne later that evening. Meanwhile, inside the car, new marketing guru Freya Miller tries to hide her embarassment at the antics of her colleagues. 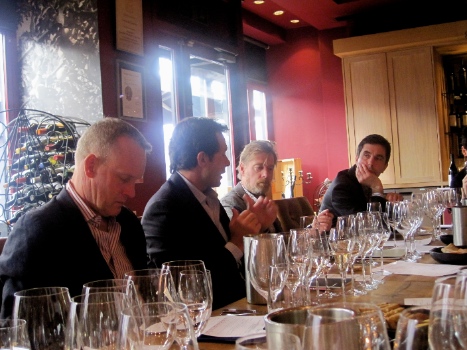 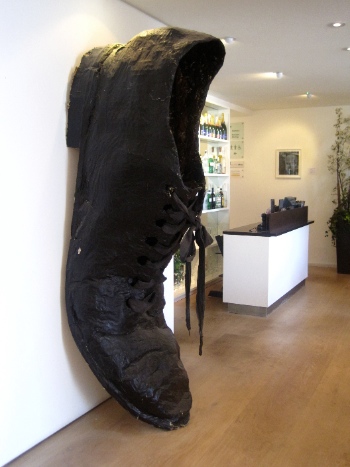 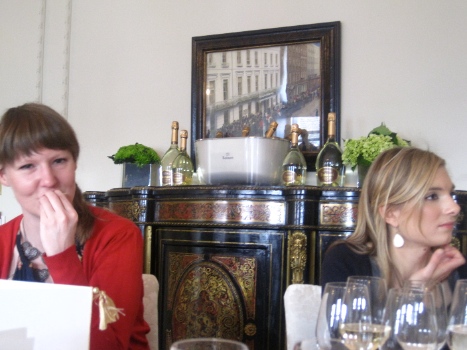 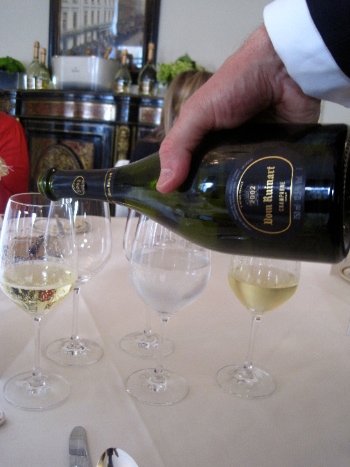 Only the 22nd vintage of Dom Ruinart ever released, winemaker Frédéric Panaiotis describes it as having a wet stone and oyster shell minerality, with notes of hazenut and almonds – db can tesfity to its deliciousness. 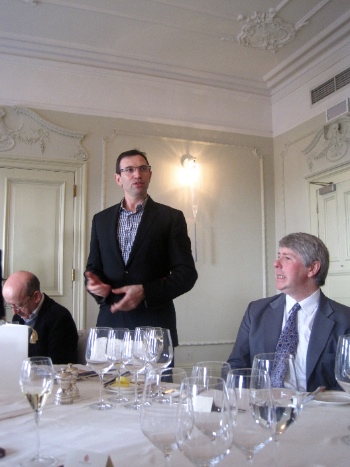 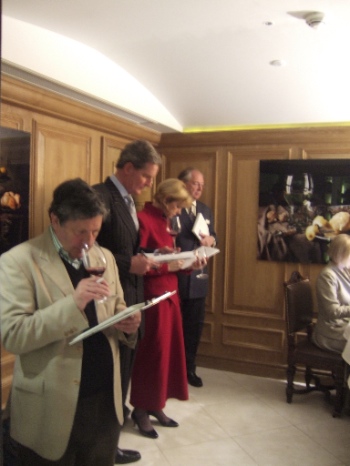 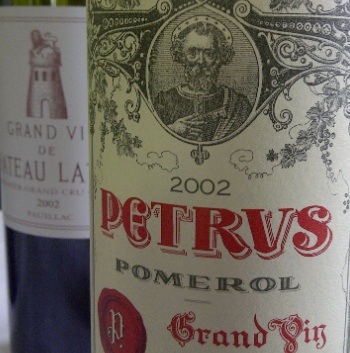 db got its fill of the very best Bordeaux has to offer at Bordeaux Index’s 10-year retrospective of 2002. Here Pétrus and Latour, which stood out in a vintage that is rather disappointing. 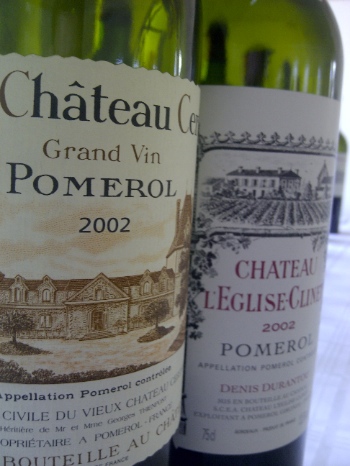 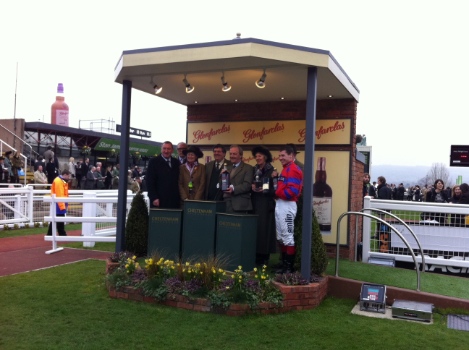 John and Ishbel Grant (left) present Balthazar King’s connections with their
prize for winning the Glenfarclas Cross Country Chase on the first day of
Cheltenham Festival. 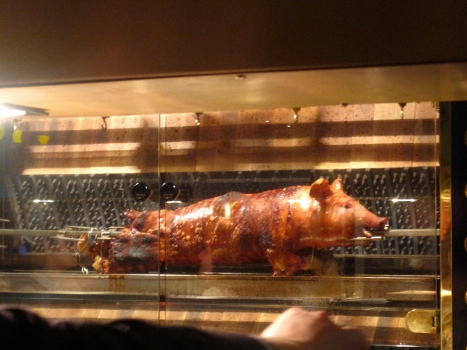 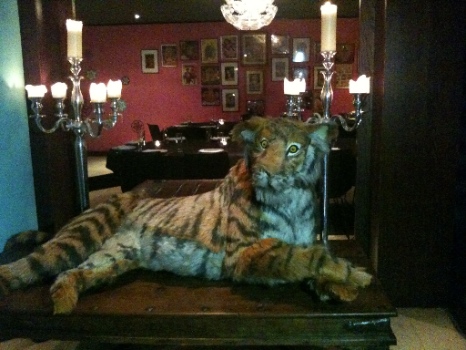 And finally, db stumbled upon this stunned-looking creature at the newly-relaunched Indian tapas restaurant Carom above Floridita in Soho – easy tiger!