In one of the most spectacular transactions to have taken place within the Bellet appellation, the 13 hectares of vineyards of the region’s oldest and most renowned domaine, Château de Bellet, have been sold, writes Elizabeth Gabay MW. 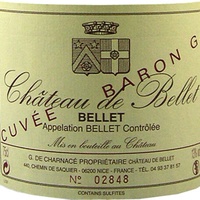 Chåteau de Bellet, has been owned the family of Ghislaine de Charnacé since the Renaissance, and is a producer of some of the best wines from Bellet, a small AOC in southeastern Provence, near Nice.

The new owner is La Francaise Real Estate Manager (REM), which already owns some 30 domaines in Bordeaux, Burgundy, the Loire and the Rhône.

According to Patrick Ribouton, director responsible for vineyard investments, Chateau de Bellet fitted the profile of the high quality vineyards they are adding to their portfolio.

Among their other domains are fifth growth Château Belgrave in the Haut-Médoc, Le Boscq in Saint-Estèphe and Château Grand-Barail Lamarzelle Figeac in Saint-Emilion as well as Château Beau Soleil and Château La Croix du Casse both in Pomerol.

Chateau de Bellet’s vineyard will now be merged with the 7ha of the neighbouring property, Collet de Bellet, to form a 20ha domaine making it the second largest in Bellet.

The appellation covers some 650ha but less than a 100ha is under vine. Ghislaine de Charnacé will remain involved in the winemaking for the next two years to ensure a smooth transition and will work alongside the company’s Bordeaux winemaker Eric Boissenot.

Château de Bellet’s vineyards lie at 300m along the hills of Séoules near the village of St Roman de Bellet – a village so well known for its wine that it was renamed Bacchus during the French revolution.

Charnacé has been in charge of the estate since 1970 and has been a staunch supporter of the Bellet appellation in the face of urban growth (Bellet lies within the boundaries of the city of Nice).

In recent years there have been a growing number of producers making quality wines which include the unique varieties Folle Noir and Braquet in their red wines. Other winemakers see the purchase as a positive move, confirming both the quality and status of the wines of Bellet.