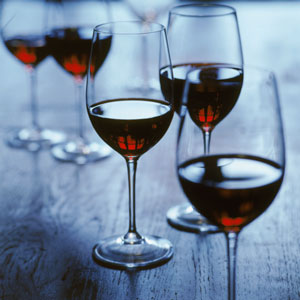 Researchers in the US monitored the progress of 1,818 men for up to 20 years after they had survived a first heart attack between 1986 and 2006.

Those who consumed between 10 and 29.9 grams of alcohol a day – the equivalent of two 125 millilitre glasses of wine, two bottles or cans of beer, or a shot of spirits – were classified as “moderate” drinkers.

The men were among participants in the US Health Professionals Follow-Up Study, a major health and lifestyle investigation. Every four years they were asked questions about their diet and alcohol intake.

Moderate alcohol consumption was already known to be associated with a lower risk of heart disease and death in healthy people.

The researchers took account of potential influencing factors such as body mass, smoking, age and medical history, that could have skewed the results.

Study leader Dr Jennifer Pai, from Brigham and Women’s Hospital and Harvard Medical School in Boston, said: “Our findings clearly demonstrate that long-term moderate alcohol consumption among men who survived a heart attack was associated with a reduced risk of total and cardiovascular mortality.

“We also found that among men who consumed moderate amounts of alcohol prior to a heart attack, those who continued to consume alcohol ‘in moderation’ afterwards also had better long-term prognosis.”

“Our results, showing the greatest benefit among moderate drinkers and a suggestion of excess mortality among men who consumed more than two drinks a day after a heart attack, emphasise the importance of alcohol in moderation.”

The findings support European Society of Cardiology guidelines that alcohol consumption of 10 to 30 grams per day may improve long-term prognosis after a heart attack, said Pai.

She stressed that the study looked only at men and the same results may not necessarily apply to women.

June Davison, senior cardiac nurse at the British Heart Foundation (BHF), warned: “We know that drinking a small amount of alcohol regularly can have a protective effect on your heart. But before you reach for that bottle, remember, too much alcohol can do more harm than good.”