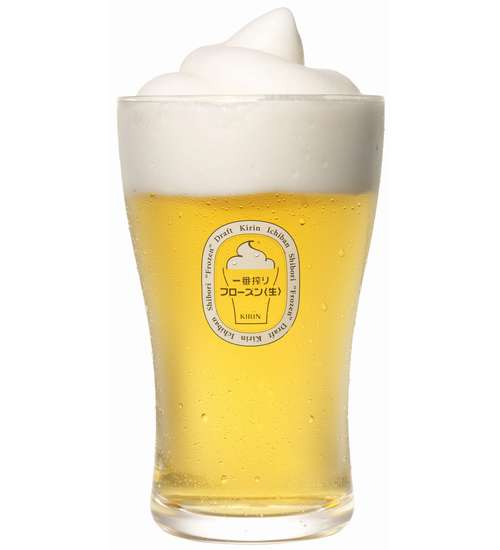 High temperatures and dry weather are set to keep UK in the summer mood until tomorrow (30 March) with the mercury hitting 23C today.

But UK patrons will have to wait to have a frozen lager as the Kirin Brewery Co only launched the beer – with frozen foam – at restaurants in the Tokyo metropolitan area this March.

In addition to a smooth taste, the frozen foam also acts as a lid, keeping the beer cool for up to 30 minutes.

While the initial March launch was limited to Tokyo, the beer will be gradually introduced to restaurants across Japan starting in mid-May, and Kirin hopes to have installed the specialized “Frozen Server” machine needed to make the foam at 1000 restaurants in Asia by the end of the year.

Expansion into European and American markets is planned next.