Despite remaining a highly localised product, the beer industry has seen dramatic consolidation over the last decade, with a significant impact on profitability.

Having examined the steps which led to Heineken’s successful positioning as one of the world’s few global brands, Kos Apostolatos, David Atkinson and Joseph Poore from management consultancy firm Marakon consider the impact of consolidation on the beer industry. 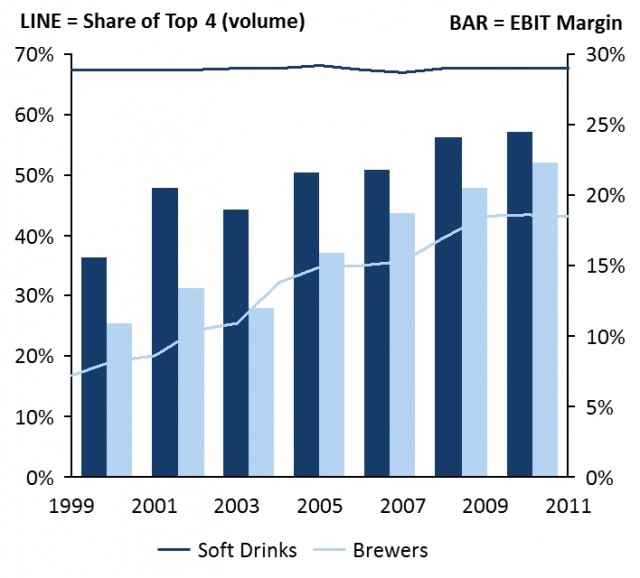 As the wave of industrialisation followed by globalisation swept change through the world, the beer business evolved but largely remained local.

On the other hand, consumer goods companies like Coca-Cola and Pepsi are different. Free from the constraints of historical taste preferences, legacy systems, laws and infrastructure, they have been able to innovate and change across areas such as outlets, channels, distribution and packaging. Using one key brand, they grew their business with a global mind-set from the start.

The beer industry has consolidated dramatically over the last decade. In 1999, Coca-Cola and Pepsi together controlled almost 70% of worldwide soft drinks sales, whereas the top four brewers generated only 17% of global beer sales. Beer was viewed as one of the least consolidated, and least profitable, industries in FMCG. 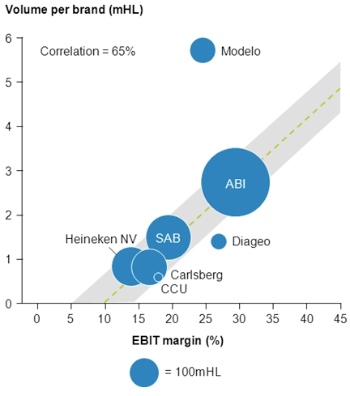 Figure 2: Correlation between scale and profitability

Brand concentration is slowly starting to occur across both developed and developing countries (see Figure 3). For example, the top five brands in China now represent 37% of the market, up from 12% 10 years ago.

In the key African markets of Nigeria and South Africa, Star and Castel are leading the way, growing share at the same time as the growing market becomes more profitable.

These trends toward both industry and local brand consolidation in beer, and historical trends across other FMCG industries, indicate the future is set up for continued attempts to develop global beer brands. 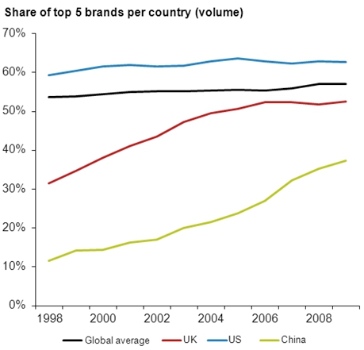