Budget review: How does it affect the trade?

It was the “Ronseal Budget” – doing exactly what it said on the tin. So heavily leaked were this year’s measures, that there were no surprises. 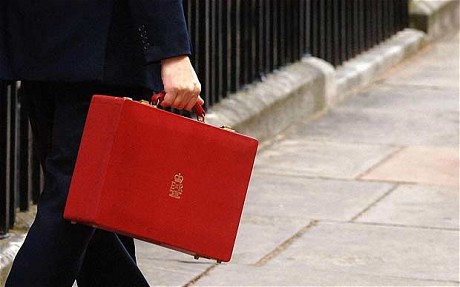 But the cursory announcement that he was making no changes to existing plans for duty rates meant that Chancellor George Osborne skimmed over the fact that duty rates are going up by two percentage points above the rate of inflation from the start of next month.

Effectively that means more than 6% extra, so the government will be taking more than £1.90 from the price of a bottle of light wine and almost £2.50 from every bottle of sparkling wine. The tax take from a standard bottle of spirits will rise to above £7.

Given the Prime Minister’s rhetoric about curbing binge drinking, Osborne was unlikely to heed the industry’s pleas to reconsider the levels of alcohol taxation, but by doing nothing – at the moment – he has increased the pressure on wine producers and their import agents.

It will be ever more difficult not to breach the symbolic £5 per bottle price point in the off-trade.

At the volume end of the market, the multiple retailers who dominate off-sales will operate ever more tightly their own two-way squeeze -– demanding that their own margins be protected while not breaching the psychologically significant price level.

That is likely to exacerbate the trend of the past year in which off-trade wine volume sales fell by 2% while spirits volumes were 1% lower.

But that is only part of the picture. More significant than the widely-expected duty rises in the Budget will be the unveiling of the Government’s plans for minimum pricing, expected next month.

The industry has made clear its opposition to penalising the vast majority of sensible consumers, but Cameron is on a mission, the outcome of which will be an attempt to introduce a minimum price of between 40p and 50p per unit of alcohol.

While the legality of such a move will undoubtedly be tested, especially in Brussels, there has been no indication as to how it would work in practice.

Would the extra element of taxation on lower priced drinks pass to the retailer, the producer or the Treasury? And how would it be monitored? Without doubt the industry’s unwanted role as unpaid tax collector will be enhanced.

But while we await the outcome of the minimum pricing “view”, two other measures long expected are being enacted by this year’s Finance Bill.

Two excise duty exemptions are being removed – those on Angostura Bitters and Black Beer. Both were proposed as part of Osborne’s view of exemptions and anomalies when he took office two years ago.

They were confirmed (subject to late presentations) in last year’s Budget and the axe has now fallen. Exactly what Osborne said on the tin.