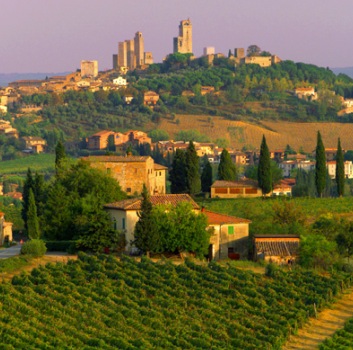 This growing interest Italy extends to the Far East, with Richard Sutton, managing director for Armit Hong Kong, confirming that Italian sales in this market are “undoubtedly growing.”

Setting this uplift within a broader context, he pointed out: “We’ve seen quite a big dip in the fine wine market generally in the last few months, but the recovery is being led by Burgundy and Italy.”

Boom attributed part of this surge to a reaction against the inflation occurring within France’s fine wine sector. “The price increases we have seen in Bordeaux and Burgundy wines over the past few years have made the market focus on better value wines,” he explained.

In particular, Boom picked out Tuscany as the region driving this growth, revealing: “Tuscany is way out in front with sales of just under £1.79m, up 50% on 2010.”

Jack Hibberd, research manager at Liv-ex, pointed to the relative value offered by Tuscan wines as he observed: “Super Tuscans have all performed relatively strongly in the past year, especially compared to Bordeaux,” reporting a 15% uplift for the biggest names during 2011.

Hibberd also suggested that within Italy’s highly fragmented regional wine offer, “The Super Tuscans are slightly easier to understand for someone that’s perhaps newer to the market.”

Piedmont has been slower off the mark due to Burgundian comparisons with the complexity of its region and limited quantities produced. Nevertheless, Adam Bilbey, Hong Kong sales manager for Berry Brothers & Rudd, confirmed: “We’re seeing far more demand for this now,” explaining that, as with Burgundy, for many consumers “the limited production is part of the appeal.”

However, Bilbey suggested that Italy was being held back by a lack of cohesion in its marketing strategy, especially at a generic level. “It needs overall improvement in how it’s marketed,” he remarked. “We see a lot of people just throwing themselves at the market, but it’s about building a reputation.”