Jean-Baptiste Lécaillon, chief winemaker at Louis Roederer, has disputed the notion that 2003 was widely viewed as a “write off” in Champagne. 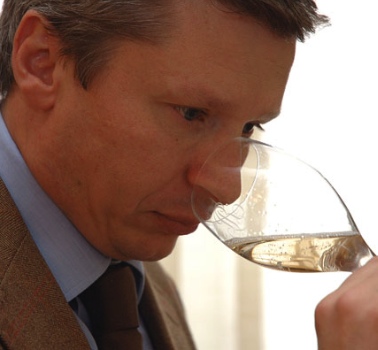 Defending the reputation of this hot, frost-hit year, Lécaillon pointed out that Roederer had made blanc de blancs, rosé and brut vintage styles from 2003.

“I have recently tasted our wines and they taste very good indeed with a rich aromatic profile and enough acidity,” he remarked.

Lécaillon’s defence of 2003 picked up on a comment by Richard Geoffroy, cellar master at Dom Pérignon, who suggested: “For too many Champenois this one character alone, low acidity, was enough to write off the vintage.”

By contrast, Lécaillon confirmed: “Many growers and houses did declare a 2003,” explaining that at Roederer, “We liked the richness and creaminess of the wines.”

Nevertheless, Roederer chose not to make a 2003 vintage of its prestige cuvée, Cristal. “We tried many blends but were not able to capture the ‘ultimate’ exercise of Cristal,” explained Lécaillon.

“The complexity was not there and the fruit was a little bit too ‘jammy’ – taking all the room in the blend – which is definitely not the DNA of Cristal.”

Although disputing the general reputation of the 2003 vintage among the Champenois, Lécaillon did support Geoffroy’s argument that high acidity is not a vital factor in Champagne’s ability to age.

“You have plenty of examples in Champagne of low acidity vintages that aged very well: 1947, 1959, 1976,” he confirmed, adding: “Furthermore, before the ‘50s, it was quite common to get low acidity and high alcohol on the blends.

Suggesting the idea that Champagne relies on high acidity “is rather analytical and belongs to recent chemistry,” Lécaillon concluded: “The truth is definitely not in the analysis but in the search of balance that you can only approach by tasting.”