Historic wine operation Corney & Barrow has navigated a successful path so far –  and the savvy merchant is geared up to continue blazing a trail. 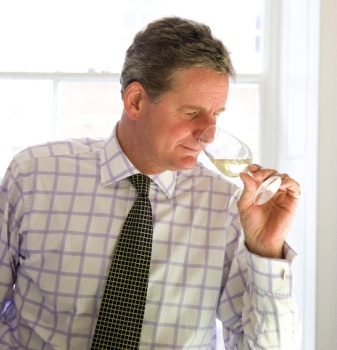 The rumblings of this hidden force are apparent in the merchant’s Asian expansion, its growing number of high-profile exclusive suppliers, particularly in Burgundy, as well as the success of its broking service, while Adam (left) too, combines a restrained, sober appearance with ambition, and one senses, an enjoyment of risky pursuits – a motorbike is in fact his preferred form of transport, but a series of crashes has forced him onto four wheels, for the time being that is.

Nevertheless, although C&B’s Asia operation now accounts for 20% of the company’s total turnover, the merchant was seemingly late to the proverbial party, opening an office in Hong Kong two years ago, 15 months after the abolition of duty and some 10 years after rival London wine merchant Berry Bros & Rudd.

However, Adam points out that C&B may not have had the bricks and mortar, but has been active, even “pioneering” in Asia since the early 1990s, with regular sales trips, and, as a result, picked up two Queen’s Awards for export in 1998 and ‘99, a prestigious accolade won this year by brokers Fine & Rare for its growth in the Far East.

Further, C&B’s delay in establishing a permanent Hong Kong base was, Adam explains, both an issue of staff and the economic climate. “It boiled down to finding the right person,” he says. Then, having discovered the ideal candidate in Cecily Burchett-Chambers, an employee at the London office with connections in Hong Kong – and a hunger to move there – the financial crisis struck with the October 2008 Lehmann crash, and Adam put plans “on hold”, if only for six months.

Hence in June 2009, Cecily began C&B Hong Kong, although it was initially run from her flat in the city. “We believe in doing things quietly, though not covertly,” explains Adam. “But if it’s a runner we will hurl investment at it.”

Today, there are 12 people full time in a newly enlarged office, which turns over £15 million, up from £4m in 2009, and it may be contributing more than the UK in the next three years, believes Cecily. Due to this potential for growth, the company is even attempting, as previously reported by db, to translate its name into Chinese. And as for moving Cecily there in the depths of the recession, Adam says, “I’ve learnt time and time again that the best opportunities come at the worst possible times, and you wet yourself with fear, but not as much as you kick yourself when the good times return.”

But what of the UK? Here, C&B, established in 1780, owns the freehold to a beautiful London office near Tower Bridge, and runs shops in East Anglia and Scotland, along with the Corney & Barrow bars in the City of London. Adam describes the market as “alarmingly good”, and says, “You notice it in terms of the number of taxis trying to run you over, the number of restaurants you can’t get into, and the theatres – everything is full.” This, Adam ascribes to a urge to spend money on “things that physically exist and are the best – but whether it is going to continue I don’t know”.

As for C&B’s strategy, Adam records that the company’s “ambition is simple: whether in Asia, Edinburgh, East Anglia or London, it’s to supply wines that are exclusive to Corney & Barrow to the end consumer”. But he adds, “Like all simple goals, it is bloody hard to achieve.” For example, he points out that in Hong Kong, C&B “do a big wedge of business with the trade”, although he adds, “we know a fair amount of this is going to China, and in due course we’ll be there ourselves”. In the UK, private customers account for just under 60% of the merchant’s sales, although this includes hotels and restaurants, because, Adam explains, “by private customer, we really mean people who are going to pull corks”.

The bars are a further useful sales source and showcase for C&B wines, bringing the range “in front of a younger and female audience – and we don’t have many female customers”, admits Adam.

However, he says he is unwilling to speak further about the bars because, “we are in the middle of a very exciting rebranding exercise, which will out itself in the next three months”. This, he continues, “is to try and make sure the success in the last 15-20 years is replicated in the next 15-20 years”. Motivation for the change stems from feedback which suggests the 14 City-based outlets “are close to appearing to be a chain, and there are advantages to that, but probably a greater number of disadvantages”, he states. 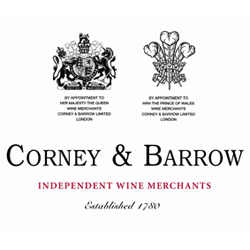 In terms of trends when it comes to C&B customer demands, Adam is pleased to record a call for Bordeaux’s less celebrated but still high quality châteaux. Back in 2003, Adam introduced a list of recommended labels which offer “80-90% of the quality of the cat-walking supermodels but at 20% of the price”.

Some of these names have subsequently become famous themselves, and hence expensive, such as Pontet Canet, Grand-Puy-Lacoste, or Calon-Ségur, but others, such as Kirwan, Lafon-Rochet, Grand-Puy-Ducasse, Haut-Batailly, Batailley and Rauzan-Gassies “still offer really great value” – and are therefore promoted under the “Corney & Barrow Recommends” collection.

In particular, the biggest seller by volume during C&B’s en primeur campaign this year “was the supposedly run-down second growth Margaux called Rauzan-Gassies”, he says in jest, before turning serious, and confirming that this is because “it can be delivered to the table at around £45 a bottle – it’s an absolute snip; Rauzan-Ségla is double the price”.

The other major area of sales growth is “Burgundy itself” says Adam. “The good and great Burgundies have surged in the last five years,” he continues, “and we did try and spot that 10 years ago.” Hence, C&B has been on a long-term quest for exclusivities in the famously fragmented French region to add to the illustrious Domaine de la Romanée Conti and Domaine Leflaive, which the merchant represents in the UK.

Adam recalls how C&B’s relationship with DRC’s Aubert de Villaine helped them secure Mommessin’s Clos de Tart three years ago. “It was not easy, and bitterly contested over a long period period of time, but Aubert was a real champion for us.” A more recent triumph for C&B was gaining Domain François Carillon in Puligny Montrachet after brothers François and Jacques split their father Louis’s estate (Berry’s FMV wholesale division is representing Jacques). Adam says of the new tie-up, “Anne-Claude [Leflaive] was our biggest champion in that.”

With DRC, however, Adam has oft commented how he could sell his UK allocation four or five times over, but today, he speaks of C&B’s success broking these Burgundies now Romanée-Conti has become the new Lafite in Asia. “We are developing the secondary market in these great wines,” he begins. “In other words, we ask our customers to give us first refusal on their wines if they want to sell them… and on the secondary market we are having a lot of fun and we are giving our customers a lot of fun,” he explains, although recalling that if he is uncertain about the nature of any secondary market activity, “I pick up the phone to Aubert,” who, he says, “wants to preserve the integrity of distribution, which means, he just wants to make sure people pull corks.”

Then, turning the attention back to Bordeaux, as well as forward to the upcoming en primeur for the 2011 vintage, Adam outlines his concerns clearly. “Unless they [the Bordelais] do something of unbelievable drama, I think there will be no interest at all, apart from a flicker of interest in Pomerol [where C&B represents Pétrus], which people don’t mind being so expensive because the quality is, on the whole, very high and the quantities are small.”

Indeed, as he sums up, speaking of the market correction during the past year, “I remember saying when the 2005 vintage was released that however much we disliked the price increases, they were inevitable and probably irreversible… but,” he adds, referring to the 2010s, “so often Bordeaux pushes it too far.”