Nick Dobson Wines has announced that it will continue to trade under new ownership. 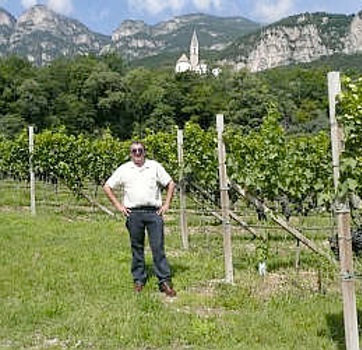 Swiss-born Joelle Nebbe-Mornod has bought the company for an undisclosed sum. In recent years, she has specialised in consulting for e-commerce and multi-channel retail firms.

The news comes just over two weeks after the mail order and online merchant released a statement saying that it would cease trading, with founder Nick Dobson (left) citing health reasons for the decision.

Announcing the sale, Dobson confirmed: “Joelle has a similar curiosity and passion for the same winemaking regions Nick Dobson Wines has championed over the years.

“She has agreed to continue working closely with my existing suppliers to ensure my customers can continue to enjoy wines considered ‘off the beaten track’ that are hard to find elsewhere.”

In particular, Dobson highlighted the strong business expertise that will now support the operation he set up in 2002.

“Along with her passion for good wine and food, Joelle also has a background in internet media and e-commerce,” he remarked, adding: “She has developed strategies for a number of successful businesses, including a wine magazine.”

Thanking customers and trade for their support, Dobson confirmed that the website was trading as usual and directed all enquiries to joelle@nickdobsonwines.co.uk