Malbec and Moscato impress in US

American wine drinkers are developing a thirst for both Malbec and Moscato, according to the latest figures from market analyst Nielsen. 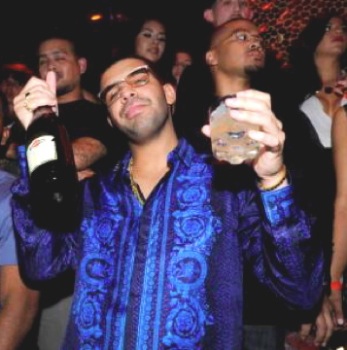 As reported last month by the drinks business, name checks in songs by prominent hip-hop artists like Kanye West, Drake (pictured) and Waka Flocka Flame has lead to an unprecedented drive in Moscato sales the US, with Moscato now the fastest growing grape variety in the country.

Nielsen marketing vice president Danny Brager describes the trend as “Moscato madness”, and says interest in the sweet fizzy wine has spread from the coasts and cities across the whole country.

“Every wine supplier in the US is racing to get in on the trend,” Brager said.

Meanwhile, mid-tier wines also showed encouraging growth, with wines priced between US$9-$12 up over 10%, and those over US$20 up 11%.

Domestic wine sales were considerably higher than imported wines, though Argentina and New Zealand sales were particularly strong among imports.

America’s number one variety, Chardonnay, which accounts for over 20% of the market and marks its 100th year of growth in the US this year, was up less than 1%.

American winemaker Ernest Wente, of family-owned Wente Vineyards east of San Francisco, brought cuttings from Montpellier in 1912 and planted them in California.

Although there are now 34 clones of Chardonnay worldwide, 75% of the Chardonnay produced in California is from the Wente clone.

Vodka still leads the charge as the number one spirit in the US, with the flavoured vodka category showing impressive growth.

For an in-depth look at the vodka category, see the February edition of the drinks business.