Ladybird contamination on the rise

Ladybird taint is thought to be on the rise and cool climate regions are particularly vulnerable as climate warming allows these species to migrate into previously unpalatable regions. 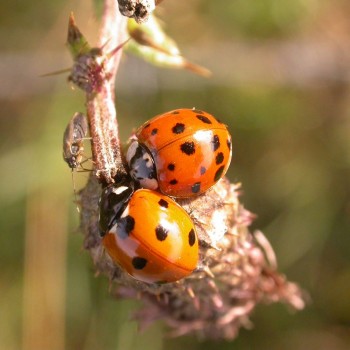 While ladybirds (coccinellidae) are a common natural predator for aphids and mealybugs, with some insects being introduced from Asia at the beginning of the 1900s for this purpose, when they accidentally get in with the grapes at harvest they produce IPMP (2-isopropyl-3-methoxypyrazine), a powerful compound that taints the resulting wine.

Presenting on day two of the 8th International Cool Climate Symposium in Hobart, Tasmania, Kevin Ker, of Brock University in Canada called it “a good beetle with bad habits”, adding “in 2001 in Ontario the insect caused the dumping of 1 million litres of wine.”

With a detection threshold around one part per thousand, Ker said the taint has flavours of “peanuts, asparagus, bell pepper, earth. It’s herbaceous and bitter. And once the wine is made cleaning it up is virtually impossible.”

Research into a sustainable management solution has been carried out over the last decade, and remains an ongoing research area. The bugs migrate to vineyards in the autumn, attracted by healthy, undamaged fruit, of which vineyards are generally full at this time of year.

Traditional insecticide treatments work, but their application so close to harvest time causes concerns about pesticide residues and wine quality.

These beetles are “an increasing threat to the global wine industry” said Ker, who described ladybirds as “a hitchhiker that we really don’t like.” The issue is not just restricted to north America: some European vineyards are also known to be affected.