The Cadogan Hotel in London’s Knightsbridge has launched a Champagne bath menu, offering a Dom Pérignon 2002 bath for £25,000. 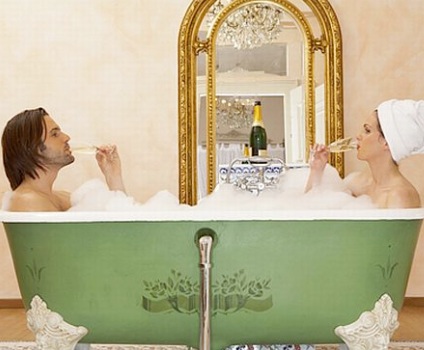 Available to hotel guests from Valentine’s Day and running for a year, the 122-bottle Champagne bath starts at £4,000 for a soak in Louis de Custine Brut 1998.

While the bath is drawn, an optional “bath butler” will be on hand to pour the submerged guest a one of six complimentary bottles offered with the service, and serve chocolate-covered strawberries.

The bath can be heated to whatever temperature the customer requests.

“We’ve had surprising amounts of interest in the baths already,” the Cadogan’s sales and marketing director Lee Jones told db.

“Surprisingly, most of the interest has been at the top end. We’ve already had one guest pay the deposit for the Dom Pérignon bath,” Jones added.

The service, which can also be booked by external customers, was devised by recently-appointed general manager Will Oakley as the “ultimate indulgence” to mark the five star hotel’s 125th anniversary.

Shortly after opening in 1887, the hotel served as the setting for actress Lillie Langtry’s courting of the future King Edward VII. Oscar Wilde was also famously arrested in room 118 in 1895.