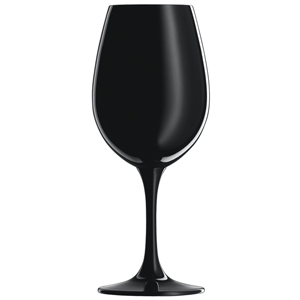 An experiment using a range of Champagnes served in black glasses showed that experienced tasters and wine commentators can’t distinguish different styles of Champagne, or indeed, red grapes from white.

Using Pernod Ricard Champagnes such as Perrier-Jouët Belle Epoque Blanc de Blancs 2002, and Blason Rosé, as well as GH Mumm vintage 2004 and its 100% Pinot Noir Blanc de Noirs Mumm de Verzenay 1998, tasters were asked to identify whether the wines were made with predominantly white grapes or red, and what style of Champagne was in the glass.

Speaking at last week’s Champagne Assembly, Professor Charles Spence, head of the Crossmodal Research Group at Oxford University, who conducted the experiment on behalf of Pernod Ricard, congratulated one of the tasters, Michael Edwards, on correctly identifying the Blanc de Noirs, but said that the experts were “very bad” at distinguishing “the red of Pinot Noir from the white of Chardonnay”.

Continuing he asked rhetorically, “But does it matter? No, what matters is that each of the wines are distinctive and that the experts and novices recognised that they were different.”

So, while Spence concluded that the proportion of red and white grapes does affect the tasters’ experience, he added that for the most part, they couldn’t articulate it.

This means, he stated, “they care about identifying wine flavours as a whole,” while also pointing out that if they could pick out the components of each Champagne, it would indicate that that the different parts of the blend were “standing apart, or clashing, and then, the winemakers would have failed”.

Spence also used the results of the experiment to share some other findings from his research at Oxford University, which centres on the interactions between different senses. 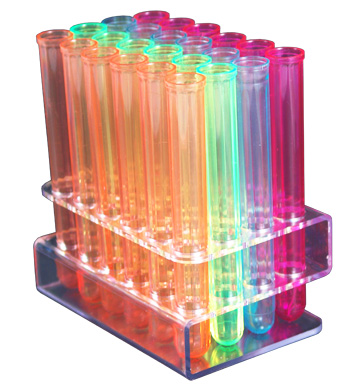 He explained that it was the brain’s orbitofrontal cortex (OFC) that was activated by feelings, tastes and aromas, and by measuring the response in this part of the brain, you “can see if they like something or not”.

In particular, he said, “experts can be tricked by what they see, by the colour cues. For example, if you have a white wine coloured with a red odourless food dye, they will experience red wine aromas.”

He explained that during tests using randomly coloured fruit juice, those involved “taste what they see”.

In particular, they associate red colours with ripe red fruit, and as a result, the same juice, results have shown, tastes 11% sweeter on the tongue when coloured red.

Turning the discussion back to Champagne, Spence said that even the sound of the effervescing bubbles could play a role in enhancing the flavour of the drink.

Summing up, he said, “The brain does a lot of work combining the ear with the eye with the tongue.”

Then, Professor Barry Smith, director at the Institute of Philosophy at the University of London, who was also at the experiment and helped to present the results, said that there might be as many as seven tastes.

In addition to the five basic tastes – sweet, salty, sour, bitter, and umami – he said there is a sixth, which is metallic, and “potentially” a seventh, which is fat.

Speaking of the latter, he said, “We can assess fat not just by its viscosity, but fatty acids are detected by the tongue”.

Finally, when asked whether the price of a product affects its taste, Smith commented that tests show that a patient who believes a painkiller is more expensive will report reduced suffering.

Perhaps the tasters should have been asked to also rate the Champagnes according to price?