Dom Pérignon cellar master Richard Geoffroy described the connection between acidity and age-worthiness in wine as a “myth” during a tasting of the Champagne house’s new release from the notoriously warm 2003 vintage. 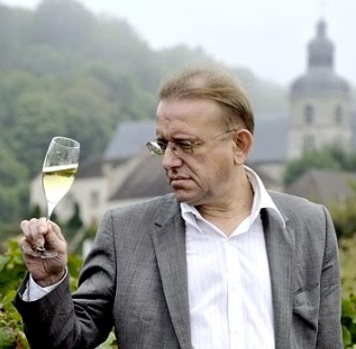 Commenting on the decision by many of his peers not to release a vintage in 2003, Geoffroy remarked: “For too many Champenois this one character alone, low acidity, was enough to write off the vintage.”

However, he continued: “There is no relationship [between acidity and ageing potential] within a given bracket.”

Instead, Geoffroy recalled that his decision to begin picking on 25 August – the earliest harvest in Champagne since 1822 – “was driven by the fruit intensity and the spectrum of fruit characters.”

As for monitoring acidity levels during the crucial harvest period, Geoffroy insisted: “I don’t want that parameter in the picture; it’s all about the flavour.”

Despite acknowledging the “forward development to the fruit”, Geoffroy expressed confidence that the Dom Pérignon 2003 “will keep going for decades and decades to come,” as he predicted “the same path” for the wine as the famously hot 1976 vintage, which he described as “a monument”.

In addition to promising a 2003 Dom Pérignon Rosé at a later date, despite the “added challenge” of this style in the hot yet also frost-ravaged vintage, Geoffroy confirmed that 2003 would eventually form part of the brand’s late release Oenotheque expression, remarking: “Anything from Dom Pérignon is Oenotheque standard.”

Returning to his theory on the lack of correlation between acidity and a wine’s ageing potential, Geoffroy stressed: “That myth has to be broken. If it does apply, you either have the wrong spot or the wrong viticulture.”

For Geoffroy, the key to longevity in a wine lies “rather in its extract, the ability of the substance of the wine to buffer this effect of oxidation.” In particular, pointing to the 2003, he observed: “That bitterness is crucial.”

Geoffroy further advanced his argument with a parallel between Dom Pérignon and many red wines, claiming: “it’s not the acidity but the tannins that help make them age-worthy.”

A similar view about too much importance being placed on acidity was expressed by Benoit Gouez, cellar master at Dom Pérignon’s LVMH stablemate Moët & Chandon four years ago, when the house released its own 2003 vintage. At the time, Gouez ranked 2003 among what he described as Champagne’s “solar vintages”, such as 1995, 1990 and 1976.