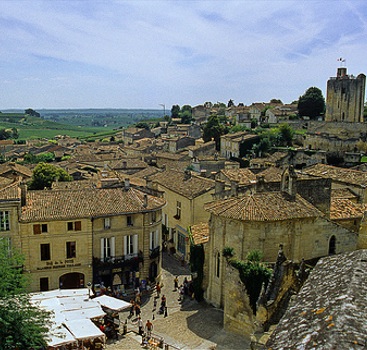 The new addition, Château Tertre Daugay, was acquired in June last year and has now been renamed “Quintus”.

As the wine produced from the vineyards will be the fifth, after the reds and whites from Haut-Brion and La Mission Haut-Brion, in the Clarence Dillon stable and as the Romans who planted the first vines in the region often called their fifth child Quintus, the decision was made to call the newest estate likewise.

Situated in Saint-Emilion, the estate was referenced in several works in the 19th century as producing some of the most sought-after and expensive wines in the appellation and won a gold medal at the Exposition Universelle de Paris in 1867.

One book at the time, Les Grands Vins de Gironde by François Guillaume and Charles Lallemand, described it thus: “One can not imagine a more beautiful situation for an estate, or one more favourable for the production of a first growth wine.

“Thanks to the excellent vinification practices undertaken at this estate, the wine produced here reflects great body, ripeness and an armature that exemplify the great wines of Saint-Emilion.”

The 2011 vintage of the first and second wines will be introduced at the en primeur tastings from 2-6 April.