Despite hundreds of attempts, only a select few beer brands have made the successful transition from local to global. 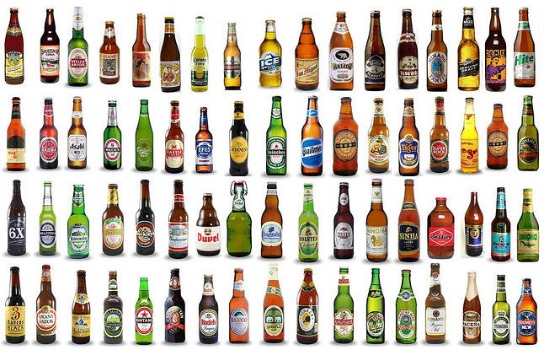 Freddy Heineken, the grandson of Heineken founder Gerard Heineken, started his career with the family company in 1942 and became Chairman of the Board in 1971. Freddy was an eccentric man and a noted salesman who fell in love with American advertising and marketing. He was extremely focused on consumers, very hands-on and rightly credited with the creation of the Heineken brand “personality.”

When Freddy became chairman of the Board, he pushed hard to expand Heineken beyond its local origins. Although Freddy had a dream to build a global beer brand, what people often don’t know is that he did not have any formal marketing education or detailed knowledge. His approach was primarily entrepreneurial and instinctive.

He did, however, understand that the Heineken brand had the potential to be unique among other beers and decided to put Heineken on the global map. His line of thinking was fivefold:

– Appeal to the young adult consumer

– Position the brand as premium and hip

– Create a green bottle with “export” on the label

– Craft a beer with superior and consistent taste

His experience in America helped him understand that a beer brand has to be unique to be successful globally. Freddy realised that in each market around the world there was a pocket of similar consumers that would drink Heineken, and he strove to reach them.

Although Freddy made the big difference in early days, his successors like Thony Ruys and Jean-François van Boxmeer deserve credit for developing a leading export business model that ultimately took the brand to over 170 countries, generating 25 million hectolitres of sales volume and premium pricing in most markets.

Amazingly, all this happened in the absence of an experienced professional marketer in the lead until the 2010 recruitment of Alexis Nasard as chief commercial officer, who immediately made it his top priority to accelerate the brand’s growth and complete the “last mile” of the brand’s globalisation.

Under recent leadership, Heineken has re-entered Interbrand’s Top 100 global brands at 91, the third ranked beer behind only Budweiser (29) and Corona (86). It stands alongside Coca-Cola (1), Pepsi (22), Jack Daniels (78) and Smirnoff (89) as a truly great global brand, and Alexis aims to have the brand as equally recognised as Apple, Google and Nike.

Today more than 75% of beer sales are still on local brands in every major country, and international brand volume represents only 11% of the global total. Why have so few other beer brands been able to achieve the same long-term, global success as Heineken?

Having spent  the last six months working to answer this question, Marakon will unveil the four secrets to building a successful global beer brand, together with analysis of the current state of the international beer market, in a series of articles over the coming weeks.