Berry Bros & Rudd’s online sales in 2011 were “the best ever”, rising 72% with the launch of the merchant’s Berry’s Broking Exchange (BBX). 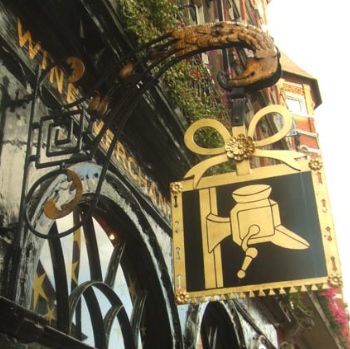 A total of £69,000 was spent on fine wines, in particular cases of Château Margaux, Lafite, Haut-Brion and Pétrus, while the most spent on a single bottle was £8,083 for an imperial of 2010 Lafite.

The bulk of the online sales, however, came through BBX, which saw trade reach £13.2m throughout the year.

Simon Berry, chairman of Berry Bros & Rudd said of the results: “In Georgian times, our shop windows were famous for their size and the range of products they displayed, today, our shop window is our website and we’ve become the internet’s biggest specialist wine retailer. Technology may change, but we’ve always believed in using it to answer changing consumer demands.

“Our retail site continues to perform well and is experiencing strong growth. However, the investment we have made in BBX is really paying off – with better-than-expected sales of wines. By creating, in effect, an eBay for fine wine, we feel we’re potentially changing the way that collectors and investors trade fine wines and our customers have clearly embraced the new service.

“Overall, our online sales figures this year are a clear demonstration that investment in content, fulfilment and distribution has paid off and we’re forecasting continued growth particularly from international markets including the Far East.”

The merchant is also making much of its social media commitment, with senior staff encouraged to blog and tweet “extensively”.

In 2011, a customer invested in £20,000 worth of fine wine following Twitter-based advice from sales director Simon Staples.

Berry continued: “We recognised early that, if we were to take the internet seriously, we had to become in part a media and content business. I think we’ve shown that, even at the age of 314, you’re never too old to get to grips with the web.

“More recently, social media has allowed us to use our expertise to deliver quality advice and information about our wines online – and that has paid off. We now regularly have people coming into our shops asking for wines they’ve seen recommended by the team on Twitter or on one of our blogs.”